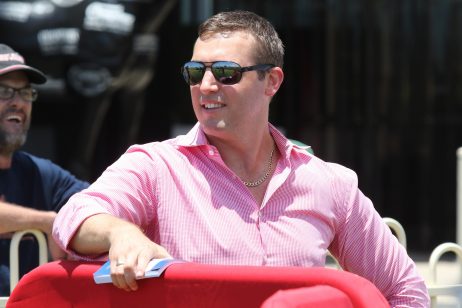 The racecourse is located around 32 kilometres outside of Brisbane in the suburb of Bundamba. The course proper is 1746 metres with a 300 metre home straight and five chutes. There are approximately 46 race meetings held at this course every year, which includes two Saturday meetings. It is a home to the famous Ipswich Cup, which is run over 2150 metres in mid June. As the biggest event held at this racecourse, it draws a large and eclectic group of racing fans, punters and fashionistas.

In addition to a fantastic course, patrons will also find a number of premiere facilities. They offer function rooms for every event ranging from engagement parties to weddings, conferences to award nights, and school formals to birthday parties. There are a number of rooms available with the Eyeline Lounge being the most prestigious.

Train:
Race goers can reach the Ipswich Racecourse via special trains running from Brisbane to Bundamba Railway Station where a free connecting bus service is available to take you to the course.

Car:
The Ipswich Racecourse is located 32 kilometres outside of Brisbane – a 41-minute drive on the Ipswich Motorway.