Jockey James McDonald has lost his ride in next Tuesday’s Group 1 $8 million Lexus Melbourne Cup (3200m) with the news European visitor Away He Goes has been ruled out of the two-mile classic with a tendon injury. 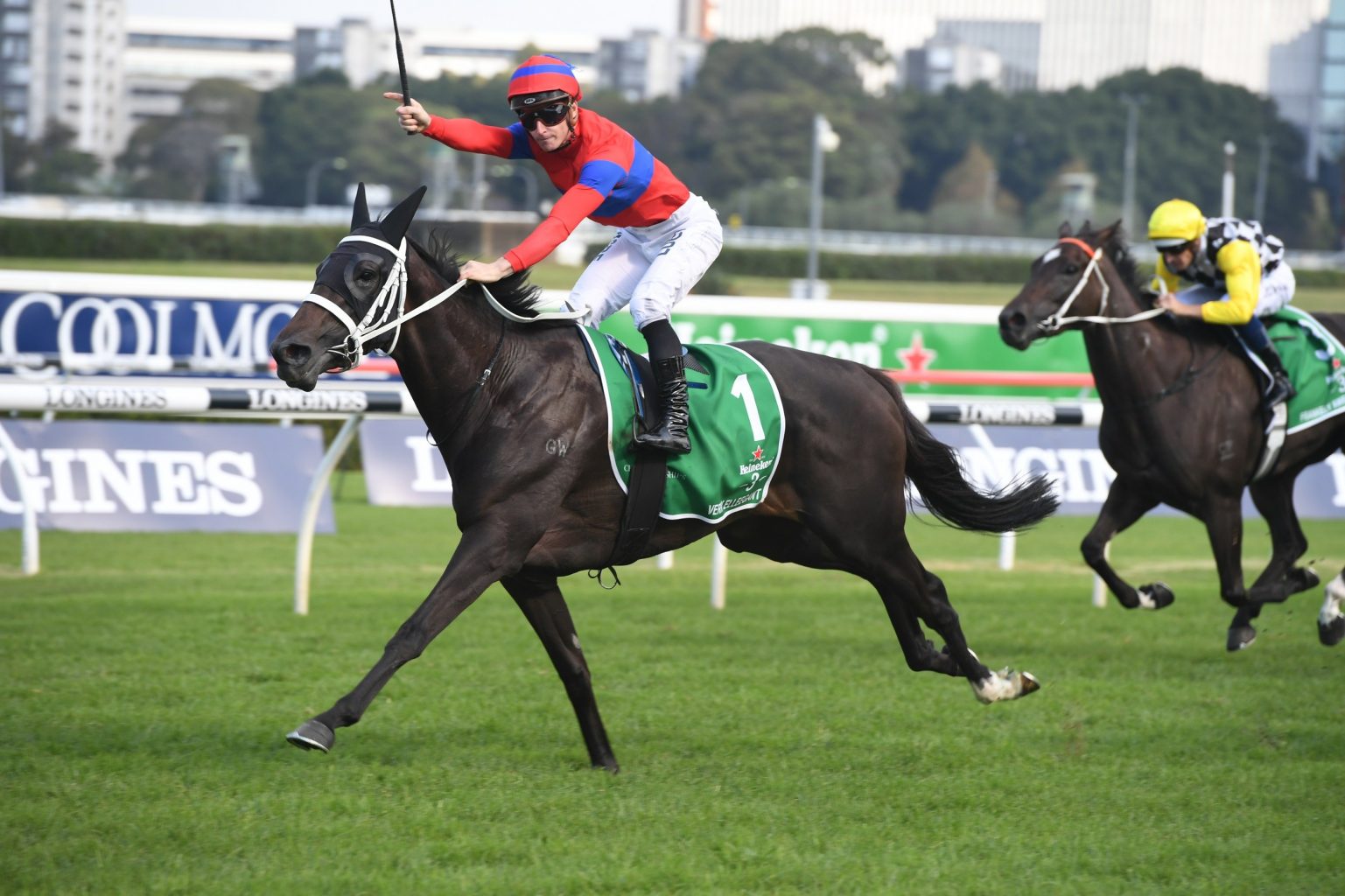 There are now just two international Melbourne Cup horses in 2021 left to contest his year’s edition of the ‘race that stops a nation’ with the Ismail Mohammed-trained UK raider Away He Goes ruled unfit to race.

Sydney-based McDonald looks in doubt of securing another ride with few contenders available within his weight range having only been announced to ride Away He Goes on Sunday.

McDonald was set to partner the horse for a piece of trackwork at Werribee on Wednesday morning but never got the chance with the tendon issue discovered beforehand.

“His groom who bandages the horse’s legs every morning, he walked in and noticed a bit of swelling in the tendon. He brought in the vet and he has confirmed it’s a tendon injury,” Racing Victoria General Manager International and Racing Operations Paul Bloodworth told Racing.com.

“It’s a mild, mild tendon injury, but of course it means he can’t race.”

Trainer Chris Waller is yet to make a final call on whether or not he will run his ruling Australian Racehorse of the Year Verry Elleegant in the 24-horse Melbourne Cup field with McDonald now sweating on the decision.

The nine-time Group 1 winning mare was last seen running a typically brave third in last weekend’s Group 1 Cox Plate (2040m) and is assured of a start in the Cup sitting third on the order of entry.

Winner of last year’s Group 1 Caulfield Cup (2400m) over the mile and a half, whether Verry Elleegant would see out the two miles is still a query.

She remains the $12 third favourite in all-in Melbourne Cup odds at Ladbrokes.com.au to improve on her seventh in last year’s race when a shade under four lengths beaten in a strong performance.

Should she run, McDonald is a chance to secure the mount with her Cox Plate hoop Damian Lane looking to partner Kiwi galloper The Chosen One in this year’s Melbourne Cup.

One of the two remaining raiders, Spanish Mission, is the $6 second elect.

O’Brien chases his third ‘Loving Trophy’ having also won the Melbourne Cup back in 2017 with Rekindling and Twilight Payment is at a current quote of $13 to enjoy multiple wins in the race for the first time since the historic three-peat of Makybe Diva (2003-05).

The withdrawal of Away He Goes sees the Gai Waterhouse & Adrian Bott-trained import Sir Lucan move into 23rd on the updated Melbourne Cup order of entry.