The Hobartville Stakes 2021 is the feature race in Sydney this weekend and it is a battle between the in-form local Peltzer and visiting Kiwi Aegon in the Rosehill Gardens showdown. 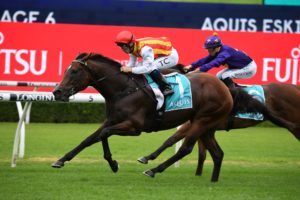 There are 11 remaining runners in the Group 2 $400,000 Hobartville Stakes (1400m) field after the early withdrawal of the rails-drawn Prague and it is his last start conqueror, Peltzer, installed as the narrow favourite.

Gerald Ryan & Sterling Alexiou’s consistent So You Think colt has won six of his nine career starts having completed the Group 2 Stan Fox Stakes – Bondi Stakes double at Randwick last time in before another first-up win at Randwick.

On February 6 Peltzer carried 59kg to victory in the Group 3 Eskimo Prince Stakes (1200m) and he drops to 56.5kg at set weights in the Hobartville on the weekend.

Drawn well in barrier five, the galloper is at $3.60 in the latest Hobartville Stakes odds through Ladbrokes.com.au to break his Rosehill hoodoo.

Peltzer has had three starts at the track for just the one placing, but the bookies are taking no chances this weekend.

He chases a fifth win on the weekend partnering unbeaten Sacred Falls gelding Aegon who is four-from-four back home across the Tasman.

Winner of the Group 1 NZ 2000 Guineas over the mile last November, he resumed at Ellerslie on January 23 and took out the Karaka Million despite getting held up late ahead of his trip to Sydney.

Better for the run and suited to the 1400m second-up, Aegon looks a big chance to beat the locals in the three-years-old feature, but co-trainer Baker still needs convincing.

“Aegon is a pretty good young horse but he has to make the step up,” Baker told The Daily Telegraph.

“It’s a bit harder in Australia than it is at home. This race is a bit of a learning curve but I hope he is up to it.”

He is yet to trainer a Hobartville Stakes winner however with the last New Zealand-trained horse to take it out being Lord Silver Man (1977) when the event was run in the spring.

In a tight Hobartville Stakes betting market, the popular third fancy at $4.20 and firming is the Hawkes Racing-trained North Pacific to be ridden by James McDonald.

The form of the Golden Rose was franked when the winner travelled to Melbourne and won the Group 1 Caulfield Guineas over a miler, while North Pacific went out for a break.

He resumed at the start of the month finishing a distant fourth three lengths off Peltzer in the Eskimo Prince, but looks a huge home to bounce back out over more distance at Rosehill on the weekend.

Of the double-figure hopefuls the big Hobartville Stakes market mover backed right in from $20 to $11 is the Chris Waller-trained The Elanora looking to extend his winning streak to four straight.

Waller chases a third Hobartville victory having prepared Press Statement (2016) and The Autumn Sun (2019) for their victories.

Last December on Boxing Day The Elanora won the Group 3 Grand Prix Stakes over 2200m in Brisbane and resumes racing this weekend on his way to the ATC Derby during ‘The Championships’.