The Lindsay Park operation have entered the past two champions of the Australian Cup nominating for both Harlem and Fifty Stars for the 2021 edition of the ‘Super Saturday’ feature race. 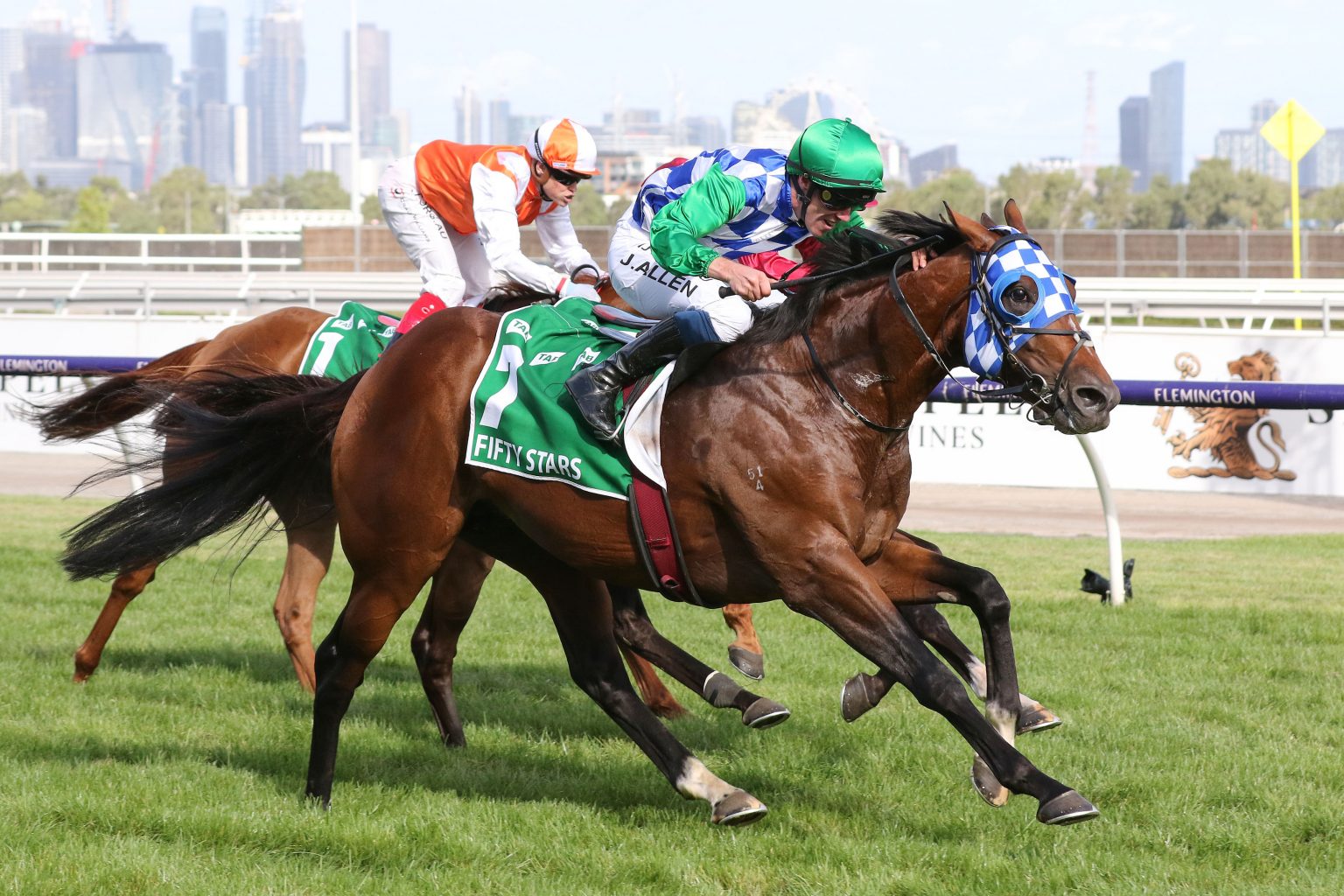 Fifty Stars is one of two past champions for Lindsay Park nominated for the 2021 Australian Cup. Photo: Ultimate Racing Photos.

The stable, now absent the internationally-based David Hayes, has won four of the past six and the last three straight editions of the Group 1 $1.5 million Australian Cup (2000m).

Most recently Fifty Stars (2020) took out the weight-for-age event last Melbourne Autumn Racing Carnival on the back of stablemate Harlem’s dual wins in 2018 and 2019.

Both horses feature in the 61 Australian Cup nominations taken by Racing Victoria on Monday for the March 6 showdown at Flemington Racecourse.

With Hayes senior now training out of Hong Kong, his son Ben and nephew Tom Dabernig have the reins and chase a fourth straight Australian Cup success with the past two champs.

Veteran nine-year-old Harlem is out to make history as the race’s first three-time winner and the first horse to win on non-successive years since Northerly (2001, 2003).

The veteran galloper hasn’t won a race since his second Australian Cup victory however and is unsurprisingly at long all-in Australian Cup odds of $51 through Ladbrokes.com.au to return to his former glory.

Last year’s winner Fifty Stars meanwhile is at a shorter $17 to go back-to-back and emulate his stablemate, the talented Sea The Stars entire last seen running second in the Group 1 Mackinnon Stakes (2000m) at Flemington over the Melbourne Cup Carnival.

It is the WA-trained Mackinnon Stakes winning mare Arcadia Queen installed as the early favourite in futures Australian Guineas betting, the wonderful daughter of Pierro at $7 for Grant & Alana Williams.

Arcadia Queen’s $5 million The All-Star Mile winning stablemate Regal Power is also in the mix for the Perth training duo.

The imported Camelot entire made headlines last October saluting in the Group 1 Ladbrokes Cox Plate in his Australian race debut.

Still lightly raced with plenty of upside having had just 11 career runs ahead of the autumn, the five-year-old was last seen running a credible sixth over the two miles behind Twilight Payment in the Melbourne Cup.

Along with Arcadia Queen, the other best fancied mare in the post-nomination Australian Cup markets out to be the first female winner of the race since the mighty Makybe Diva (2005) is the Chris Waller-trained Verry Elleegant ($8).

She became a six-time Group 1 winner in the spring with her victory in the Caulfield Cup before a last start Melbourne Cup seventh.

Waller’s other notable Australian Cup nominations include Kolding, Funstar, Finche and Humidor who he acquired over the spring.

Australian Cup first acceptances close at midday on Tuesday the 16th of February, 2021 with the latest all-in markets on the event available in full here courtesy of Ladbrokes.com.au.