The start mounts, the red light starts to flash, and in an instant the stalls fly open. Horses rush forward and the race has just begun. The commentator shouts “they’re off” and the excitement begins. Photographers grab Melbourne Cup pictures to capture that special moment. Even though it’s an annual event no two races are the same.

Archer, winner of the inaugural Melbourne Cup in 1861.

The Melbourne Cup’s inaugural winner in 1861, Archer was a champion thoroughbred who went on to win the second running of what is now the world’s richest handicap race. Trained by the esteemed Etienne de Mestre, Archer was ridden by John Cutts in both of his Cup victories. In the first running of the Melbourne Cup, two horses died, one bolted, two jockeys sustained broken bones, and Archer won by six lengths in the slowest Cup time in history before a crowd of about 4000.
Racing in colonial days before professionalism captured the sport, the legend goes that Archer was ridden from his property in Sydney to race in Melbourne, although it seems more likely that he hitched a ride on a steamboat. Archer had poor runs in first two races, and regularly battled through lameness to perform. 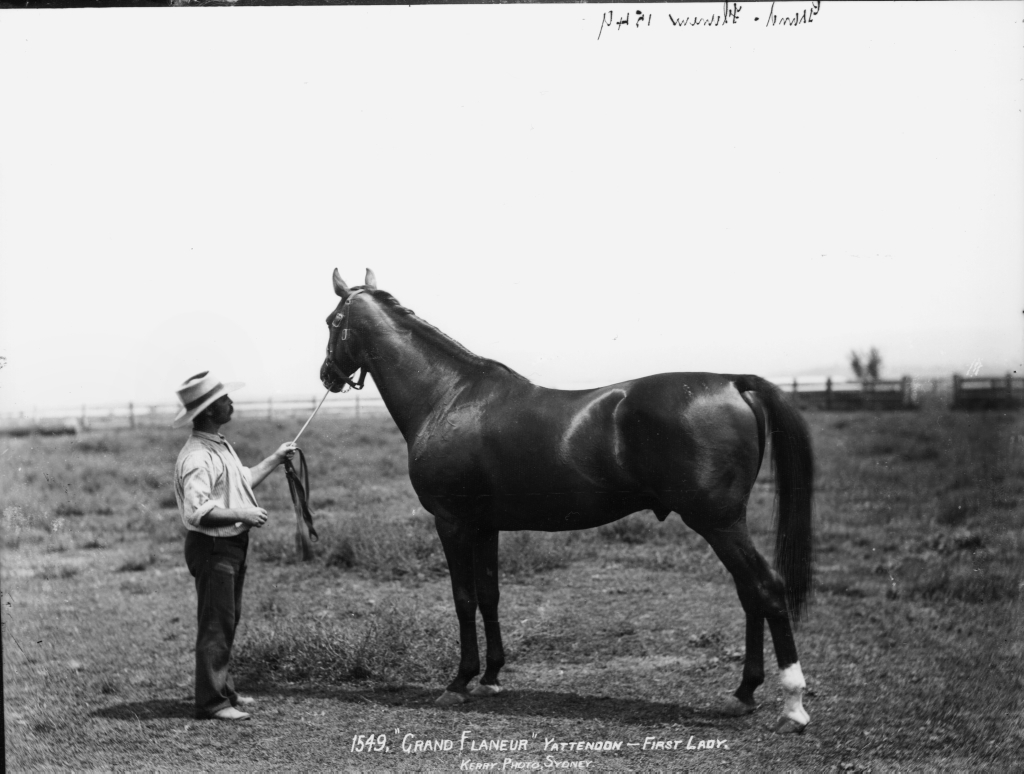 Grand Flaneur, one of the greatest Australian racing stallions. 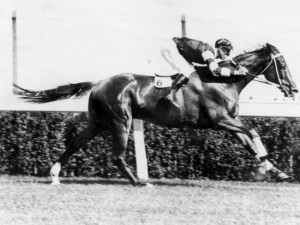 Phar Lap was inarguably Australia’s most beloved, celebrated and iconic racehorse. With his skill and spirit he gave the nation hope throughout the early years of the Great Depression. The chestnut gelding, foaled in New Zealand but trained and raced in Australia, was the third highest stakes winner in the world at the time of his death. Known variously as the Wonder Horse, Red Terror, Bobby, and Big Red, Phar Lap was a subject of both admiration and vehement hate, with an attempt on his life just days before the 1930 Melbourne Cup. It was determined in 2008 that Phar Lap ingested a massive dose of arsenic 30-40 hours before his death. Arsenic was sometimes used as a performance enhancer. 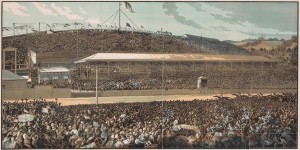 An engraving of the finish line at the 1881 Melbourne Cup, which Zulu won.

This engraving is of the 1881 Melbourne Cup at the finish line. It shows just how central and significant a sporting event the Melbourne Cup has been to Australia and the popularity of the race even then. The engraving depicts the huge number of spectators, only twenty years after a less-than-expected turnout of 4000 for the inaugural Melbourne Cup in 1861. Some believe that news of the death of Burke and Wills dampened the numbers for the first Melbourne Cup. Flemington experience its biggest day for the 2003 Melbourne Cup, with nearly 123,000 people in attendance.

Shocking won the 2009 Melbourne Cup in stunning style. Certainly not a favourite going into the race, he stayed up amidst the forward running horses until the final stretch, in which he demolished the favourites and everyone else to win, paying $10. By the renowned sire Street Cry, Shocking’s dam was bought for $20,000 while carrying him. Shocking was subsequently sold for $45,000 at a Magic Millions Yearling Sale in 2007. After breaking, he was sold on later that year for a total of $64,000 to the same owner as 2009 Caulfield Stakes winner and fellow Street Cry progeny Whobegotyou. The Australian Cup was his final career start.

Americain took out the 150th anniversary of the Melbourne Cup following his only other Australian start, the Geelong Cup, which he also won. The day experienced very heavy rain, flooding nearby areas and leading to a track rating of slow (6). Bred in America but trained in France, Americain is owned by two Melbourne businessmen, who purchased him in 2010 following a poor 2009 campaign in the US. Heading into the Melbourne Cup with four consecutive victories, including a Group 2 in France, Americain won the Cup by two and a half lengths, becoming the first French-trained horse to win the race. He ran fourth in the 2011 Melbourne Cup.

Dunaden was the second French trained horse to seize victory in the Melbourne Cup, and also the first horse to win the Hong Kong Vase following a Melbourne Cup victory. Purchased as a yearling for 1500 Euros at a sale in France, Dunaden grew up in the Netherlands before returning to France as a three year old. Dunaden narrowly defeated Red Cadeaux in the tightest Melbourne Cup finish ever, with the decision coming down to three pixels in photo analysis. Red Cadeaux then finished third in the Hong Kong Vase. In 2012, Dunaden again raced in Australia, remaining undefeated with a victory in the Caulfield Cup, racing from barrier 18 and carrying 58kg.

Green Moon was bred in Ireland and trained in Australia. Owned by highly successful Australian owner Lloyd Williams and trained by Robert Hickmott, Green Moon initially started his racing career under the tutelage of Harry Dunlop in England. His 2011 spring campaign in Australia was reasonably successful, with a win in the Newcastle Gold Cup and a second in the Caulfield Cup, however did not qualify for the Melbourne Cup that year. In 2012, a seventh place in the Cox Plate lengthened his odds considerably for the Melbourne Cup, and he started at $22. An early run in the straight saw Green Moon outpace favourite Fiorente to seize victory by one length.

Bred in Ireland and trained in both England and Australia, Fiorente showed great promise in Europe, winning the 2012 Prince of Wales’ Stakes. In his Australian campaign, he won the Dato Tan Chin Nam Stakes prior to a Melbourne Cup victory in 2013. This was followed up with wins in the 2014 St George Stakes and Australian Cup. Sired by two-time Europa Preis winner Monsun, Fiorente himself was retired to stud in 2014 following a tendon injury. Unraced as a two year old, by the end of his four year old campaign Fiorente had only ran in 9 races, experiencing solid success throughout. Fiorente counts renowned sire Danzig as one of his ancestors, on his dam’s side.