Nominations for the Caulfield Cup 2020 closed today, Thursday August 27, with 177 stayers making-up the early entries for the $5 million classic running on Saturday October 17.

There were three more entries for the Group 1 $5 million Stella Artois Caulfield Cup (2400m) than the Group 1 $8 million Lexus Melbourne Cup (3200m) with a host of stayers dually nominated for the Spring Cups double. 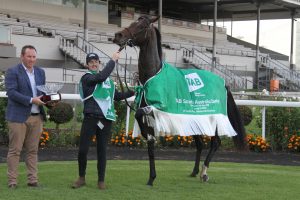 For the 143rd running of the Caulfield Cup, held on the same day as Sydney’s $15 million The Everest race, nominations were up notably from 143 in 2019.

The stable’s Adelaide Cup winner King Of Leogrance and VRC Oaks champion Miami Bound are also in the mix for both the Caulfield and Melbourne Cup races in 2020.

There are 34 internationally-trained horses nominated for the Caulfield Cup, four more than the overseas’ contingent entered for the ‘race that stops a nation’ held on Tuesday November 3.

Twenty of the Caulfield Cup internationals hail from Ireland’s O’Brien family with 2017 Melbourne Cup winning trainer Joseph and his Cox Plate winning father Aidan in with a strong hand should the COVID-19 travel restrictions allow.

“It’s fantastic to see the defending Melbourne Cup champion Vow And Declare among this year’s entries and there is no question that Danny O’Brien holds an incredibly strong hand as he plots a pathway to both Cups,” Racing Victoria’s (RV) Executive General Manager of Racing, Greg Carpenter, said.

“The number of internationally-trained entries is higher than expected in the circumstances, due largely to the tremendous interest from Aidan and Joseph O’Brien who have an impressive list of entries in the Caulfield and Melbourne Cups.

“We have this week received travel exemptions from the Government for a limited number of staff from six international stables to enter Australia and care for their horses during the Spring Racing Carnival. However there remains a number of logistical challenges around flights and mandatory quarantine to overcome before that can become a reality.”

All seven entries for Joseph O’Brien are also in the mix for the Melbourne Cup, which he made history in with Rekindling in 2017.

Five are owned by Lloyd Williams including Master Of Reality who ran second in the Melbourne Cup to Vow And Declare last year before being relegated to fourth on protest.

The UK’s Charlie Fellowes has the other standout international Caulfield Cup nominee with dual Melbourne Cup placegetter Prince Of Arran, who is also entered for a third consecutive bid in the world’s richest handicap.

Along with the aforementioned runner-up Vow And Declare, a further seven of the top 10 Caulfield Cup placegetters from 2019 are nominated again in 2020 including also the third placed Mirage Dancer for Trent Busuttin & Natalie Young.

Other notable entries include Mornington Cup winner Aktau who is exempt from ballot, Sydney Cup winner Etah James as one of 16 for Ciaron Maher & David Eustace, the Hawkes Racing-trained one-time favourite Master Of Wine and this year’s $5 million All-Star Mile champion Regal Power.