The coveted Darwin Cup 2020 closes a bumper 12-race card up in the Northern Territory on Monday and betting on the popular clash has Savatoxl as the big market mover. 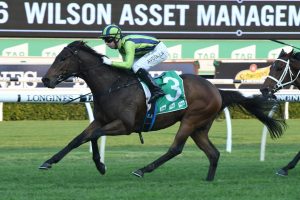 Money has been pouring in for the Kuroshio gelding, prepared by leading Darwin horseman Gary Clarke, to keep his outstanding season going with a fourth win on the trot in the Follow $100,000 Great Northern Darwin Cup (2050m).

Formerly prepared by Will Savage, Savatoxl has been in flying form since joining Clarke’s stables winning all three of his winter runs at the Darwin track with Gladwin in the saddle.

Last time out he carted 60.5kg to victory as the odds-on favourite in the $40,000 Metric Mile (1600m) where he defeated reigning Darwin Cup winner Ihtsahymn by one and a half lengths.

On Monday, Savatoxl steps out over further than a mile for the first time in a year and chases his first win over the distance.

Both his previous 2000m runs however netted top three placings and the punters are coming for him in a big with the rising five-year-old backed in from $4.50 to clear $3.80 favouritism in Darwin Cup betting at Ladbrokes.com.au.

Following closely in the Darwin Cup odds at a current quote of $4 is the Garry Lefoe-trained lightweight Budget King chasing a hat-trick of wins and carrying the 54kg minimum.

Budget King has had 10 starts to date for four wins and two other minor placings, the former Adelaide-trained galloper debuting for Lefoe at the Darwin track on July 22.

He made a huge impact winning over the mile by a runaway 7.5 lengths carrying 58kg and will be flashing home with the four kilo drop in weight for the Darwin Cup on Monday.

The youngster is also already proven over the distance making him a genuine danger on Monday.

The other best in Darwin Cup 2020 betting at $4.40 and found at the other end of the weight scale is last year’s aforementioned champion Ihtsahymn carrying 61.5kg.

Since last year’s Darwin Cup win where Ihtsahymn carted 60.5kg to victory, the son of Ihtiram has had just the two starts.

The latest was the first-up second to Savatoxl in the Metric Mile when brave in defeat under the heft 62kg weight allocation.

A former Group 1 winner of Perth’s Kingston Town Classic way back in 2013, Ihtsahymn has career start number 62 on Monday and the $1.5 million should never be underestimated.

Two other runners are also at single-figures for the win with Handsome Return ($6) and Live And Free ($9) also both representing Clarke.

Evergreen galloper Handsome Return is a rising eight-year-old lining-up for his 31st start in the Darwin Cup for his first run at the track.

A well-weighted hope carrying just 54kg, the former South Australian galloper was trained by Will Clarken before changing to Clarke ahead of the Darwin Cup bid.

Live And Free meanwhile carries 59.5kg for his first run as a six-year-old, the recent Group 3 Hawkesbury Cup runner-up having his second start for the stable since transferring from John O’Shea.

His first-up Darwin run produced a seventh in the Metric Mile, but the bookies are tipping an improved effort off that with a run on the sand track now behind him.

Click here for the latest Darwin Cup 2020 odds on the final field thanks to Ladbrokes.com.au.