Melbourne Cup Horses Face off In The Andrew Ramsden 2020 Field

A guaranteed spot in the Melbourne Cup 2020 is up for grabs at Flemington Racecourse this weekend for the winner of the Listed $320,000 The Andrew Ramsden (2800m) making for a hotly contested affair at HQ. 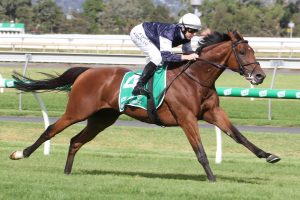 Formerly known as the Andrew Ramsden Stakes, the weight-for-age staying feature is the first of the early lead-ups into the iconic Group 1 Melbourne Cup (3200m) run back at the track over the two miles on the first Tuesday of November.

With a Melbourne Cup start on the line, it is a class field of 12 gathered for Saturday’s The Andrew Ramsden with betting at Ladbrokes.com.au led by the proven stayer in the mix King Of Leogrance.

Sitting top of The Andrew Ramsden odds at $2.45, Danny O’Brien’s French-bred Camelot gelding already has winning form over the 3200m having won the Group 2 Adelaide Cup (3200m) back on March 9.

Freshened-up since the five-year-old returns at Flemington on the weekend where he earlier won the Listed Roy Higgins Quality (2600m) in late February.

King Of Leogrance carried just 54kg for those two wins and so will need to be at his best fresh in The Andrew Ramsden with 58.5kg on his back.

Jockey Damien Oliver rides the horse for the first time since he failed to gain a start in last year’s Melbourne Cup field when running ninth behind Surprise Baby in the Group 3 The Bart Cummings (2520m).

Surprise Baby franked that form with the son of 2009 Melbourne Cup winner Shocking running out of his skin when fifth, under a length beaten, behind Vow And Declare in the Melbourne Cup results for 2019.

Current all-in Melbourne Cup odds online list King Of Leogrance at $19, a price sure to firm if he salutes for the punters on the weekend.

Occupying the second line of The Andrew Ramsden betting at $4.60 is Lindsey Smith’s flying four-year-old Too Close The Sun chasing a fourth win on the trot.

The son of Carlton House kicked off his winning streak in March carrying 60kg to a runaway 3.75 length win at The Valley in a Benchmark 70.

The 58kg looks a manageable weight for Too Close The Sun at Flemington as he rises in grade looking to extend his brilliance over further.

Prepared by Mick Price and Michael Kent (Jnr), four-year-old Ocean Park mare Oceanex is two-from-two at Flemington where she races for the first time since taking out the Group 2 Matriarch Stakes (2000m) last November during the Cup Carnival.

She has been on a steady improve this prep and was last seen carrying 58.5kg to victory in Morphettville’s Listed Port Adelaide Cup (2500m) on May 2.

She comes back to 56kg here with Mark Zahra riding and looks a nice hope over the distance to beat home the boys.

Craig Williams meanwhile rides four-year-old Dark Alley from a good midfield barrier six position, the Adelaide Cup fourth placegetter last seen carrying 59kg to victory over the mile and a half in a Benchmark 70 at Geelong on April 26.

Click here for the full The Andrew Ramsden 2020 betting odds courtesy of Ladbrokes.com.au who also have the best futures spring racing options on the Melbourne Cup open.