Surprise Baby lived up to his name at Flemington on Saturday as Paul Preusker’s five-year-old earned a guaranteed spot in next month’s 2019 Melbourne Cup. 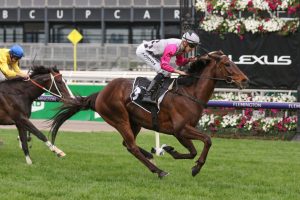 The gelding by Shocking jumped as the favourite in The Bart Cummings (2520m) before showing a tremendous turn of foot over the final 200m to flash home late and win by a length and a half.

Surprise Baby entered the race fresh from a fourth placing in the Group 2 Feehan Stakes (1600m) at Moonee Valley a fortnight ago. Following Saturday’s win, the Kiwi galloper has since firmed into $15.00 with Ladbrokes.com.au in Melbourne Cup betting ahead of the race that stops a nation.

“I haven’t got a lot of words at the minute so you’ll have to forgive me,” Preusker said after the race.

“I think he’ll improve a lot off today, he’s not wound up, I’ll strip him better again. It’s just a matter of getting him home and letting the feet hit the ground and we’ll come up with another plan.”

Surprise Baby currently holds a 52.5kg weight claim for the Group 1 $8 million Lexus Melbourne Cup (3200m) with a likely penalty forthcoming. Almandin (2016) remains the only horse to have successfully completed The Bart Cummings-Melbourne Cup double since 2007. 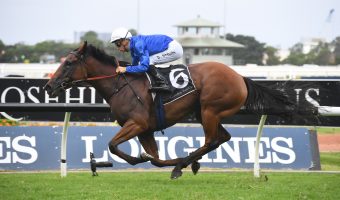