Kementari, above, is the early favourite for the 2019 C.F. Orr Stakes at Caulfield. Photo by Steve Hart.

Kementari had been at the top of the pre-post betting at Ladbrokes.com.au for the first Group 1 race for 2019 and after the barrier draw is the $3.30 top pick ahead of the two Darren Weir cast offs, Land Of Plenty at $5.50 and Whispering Brook at $6.50.

Trainer James Cummings is expecting a forward showing from Kementari who will be stepping out on race day for the first time since running ninth in the Group 1 $1m VRC Sprint Classic (1200m) at Flemington on the last day of the four day 2018 Melbourne Cup Carnival.

Kementari finished second in a recent 900m barrier trial at Randwick and Cummings said that hit out has tuned him up nicely for his return to the race track.

“This is a beautiful target first up and it’s easy to imagine him being highly competitive,” Cummings said.

“He’s enjoyed a very straightforward preliminary preparation, and he was able to hone in on the leader in his barrier trial.”

James McDonald takes the ride on Kementari while Craig Williams will ride Cummings’ other runner Best Of Days who also drew favourably at barrier four.

Sydney’s leading trainer Chris Waller will saddle up two runners in the C.F. Orr Stakes with mixed results at the barrier draw.

Caulfield trainers Ciaron Maher and David Eustace will also have two runners with recent stable acquisition Land Of Plenty drawing awkwardly at eleven with Damian Lane in the saddle while Jordan Childs takes the mount on Mask Of Time who has drawn a nice gate at five.

Western Australian trainer Simon Miller finds himself as the trainer of Whispering Brook again following the disqualification of Victoria’s leading trainer Darren Weir and the high class mare has drawn in the middle at barrier eight for Mark Zahra.

Whispering Brook completed a hat trick of wins for Weir with a last start victory in the Group 2 $200,000 Australia Stakes (1200m) at The Valley on January 25. 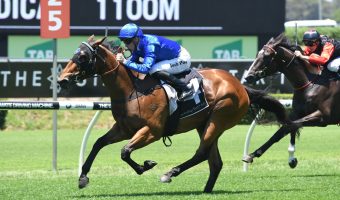 Just six spring hopefuls remain in the Missile Stakes 2020 field after scratchings decimated the line-up for the Group 2 feature at Rosehill Gardens. …

Two sprinters are fighting for favouritism in 2020 Aurie’s Star Handicap...

This afternoon Fannie Bay hosts the always-popular 2020 Darwin Cup up in the...