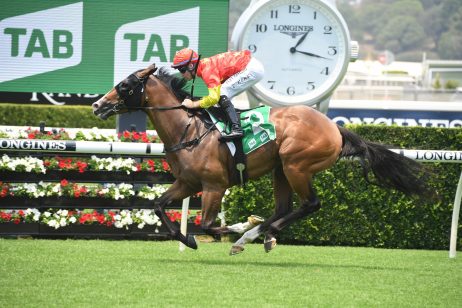 Located just 2km from one of the greatest beach strips in the world, the Gold Coast Racecourse was first used May 15, 1946 when it was originally known as the Southport and District Amateur Race Club. With a sand track, the first major race event was in 1971 when the club began conducting regular Saturday races and in August that same year, the $2,000 Newmarket-Gold Coast Cup three day carnival took place on the new grass track.

With a circumference of 1885m and a long straight of 400m, the Gold Coast Racecourse is a good even track with sweeping turns. Ranging from 900m to 3,200m races, the racecourse is ideal for inside runners starting from 1000m and 1800m. The venue offers both Saturday and mid-week races which usually commence at 10:00am.

Racing at the Gold Coast Racecourse

In 1974 the Prime Ministers Cup was launched and would carry Australia’s richest purse of $30,000 in prize money. In 2006, this same race day attracted a record crowd of 7,500 people and was worth a total of $1.16 million in prize money.

Now, the Gold Coast Racecourse hosts around 60 meetings each season with several major events lined up throughout the year. The largest event is the Conrad Jupiters Magic Millions Carnival held in January. Worth $4.6 million in prize money, the Magic Millions involves ten races with the 2 Year Old Classic as the biggest event worth $2 million alone. The racecourse also hosts an Easter Carnival, the Gold Coast Stakes Race Day and the Gold Coast City Cup Race Day.

The venue itself features plenty of areas to enjoy the racing from including the Winners Circle, Dome, Paradise Room, Southern Lawn Marquee, Board Room and Magic Millions Bar.

Travelling to the Gold Coast Racecourse

Here are your transport options if you want to know how to get to Gold Coast Racecourse:

Trains don’t go directly to Surfers, but you can catch the Gold Coast Line to Helensvale Station and then catch a bus to the Gold Coast Racecourse.
Plan your journey with QLD Translink.

There is a courtesy bus that operates between Tweed and the Gold Coast Racecourse, provided by the Gold Coast Turf Club. It stops at most Gold Coast suburbs; you can download their timetable here.