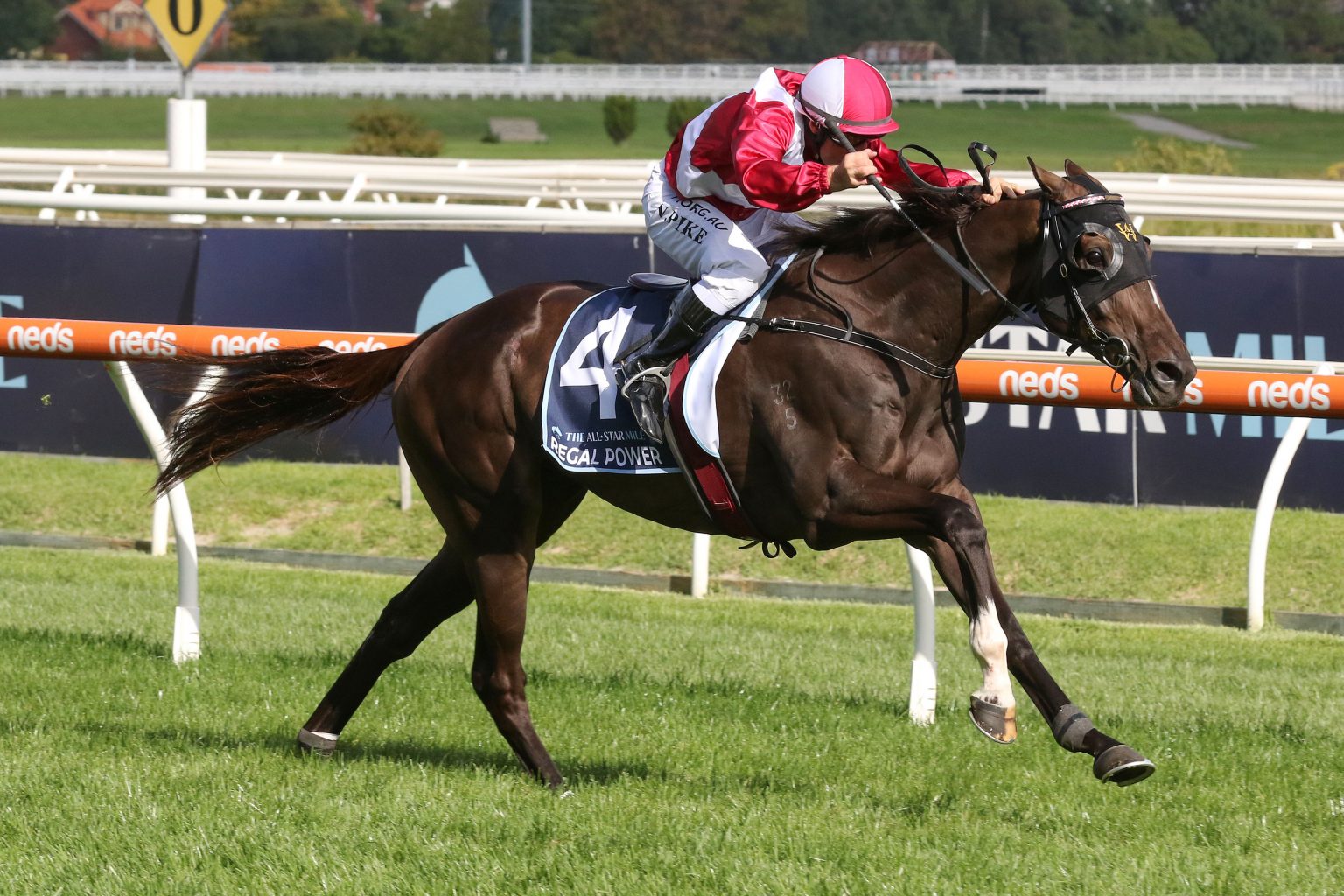 Presenting fit fourth-up and looking back to his best, Regal Power is after his second Ted Van Heemst Stakes victory following his 2019 success in the same event.

Father-daughter training duo Grant & Alana Williams have dominated the Ted Van Heemst Stakes results in recent times preparing six of the past seven winners including the past three on the trot.

All of their previous champions were ridden to victory by William Pike.

Pike however is currently suspended on a careless riding charge on Western Empire in the Kingston Town Stakes.

The only Ted Van Heemst Stakes winner from the past seven years not ridden by Pike or prepared by the Williams’ team was Pounamu (2017) who Carbery, aboard Regal Power this weekend, rode to victory.

The only other runner in this year’s Ted Van Heemst Stakes field under $10 for the win is the French-bred Neufbosc.

The seven-year-old grey is at $6 Ted Van Heemst Stakes odds to score the upset an improve on his lead-up sixth when just under three lengths beaten at 100/1 in the Kingston Town Classic.

It has been nearly a year between drinks for Neufbosc whose last victory was in January’s Group 2 Perth Cup (2400m), but the Neville Parnham-trained Mastercraftsman gelding does not look to be going as strongly this campaign.

Parnham, who most recently prepared God Has Spoken to win this event in 2011 when it ran as the C.B. Cox Stakes, also saddles-up $10 pop Platoon in gate three, the son of Playing God last seen running eighth in the Kingston Town Classic.

The Ted Van Heemst Stakes is set to run as Ascot Race 3 at 2:32pm (AWST) on Saturday’s race card in Perth, with the latest markets available in full by clicking here thanks to Ladbrokes.com.au.