Is Spanish Mission Up to The Task in the Melbourne Cup 2021?

He was under an injury cloud and on a time-sensitive race to pass the fitness test for the 2021 Melbourne Cup, but now that he’s in can Spanish Mission deliver another win for the internationals? 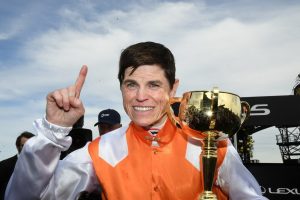 The defending champion out of Ireland Twilight Payment is the other.

The internationals have a dominant record in recent Melbourne Cup history but are not there in force this year due to COVID-19 and just plain bad luck for Away He Goes who was withdrawn early due to injury.

It seemed the same fate might befall Spanish Mission after he passed his first two VRC vet checks due to heat in his foreleg, but on Saturday afternoon he finally got the all clear much to the relief of connections.

The Melbourne Cup betting markets at Ladbrokes.com.au have Spanish Mission on the drift out from $7 to $11, so can he overcome the far from ideal lead-up and keep the strong strike-rate of internationals going in an upset over Incentivise?

Spanish Mission is yet to win at 3200m from three attempts but has won up to 3600m previously Bet now with Ladbrokes.com.au

Why Spanish Mission Can Win the 2021 Melbourne Cup

Think Spanish Mission is the horse to challenge Incentivise in the Melbourne Cup 2021? Head to Ladbrokes.com.au now to back the raider at the best possible price.

Trainer John O’Shea is hoping for a consolation prize at Newcastle Racecourse on Saturday with his in-form sprinter Lost And Running, The Everest cont…

Scratched Cox Plate favourite Zaaki gets the chance at a consolation prize on...

The poor form of favourites in the ‘race that stops a nation’ continued for...

He’s the horse all the punters are out to see in today’s Group 1 $8 million...