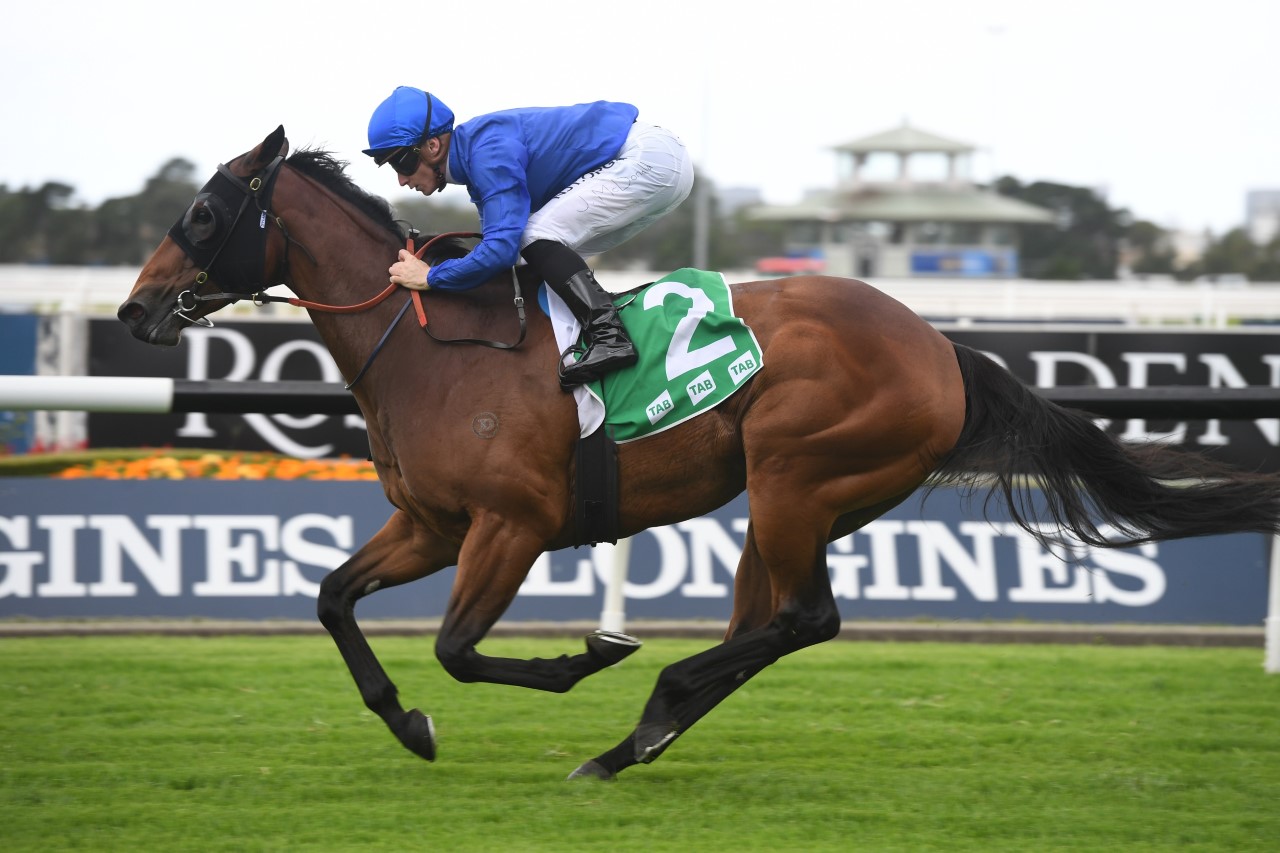 Savatiano is favourite to win the 2021 Expressway Stakes first-up in Sydney on Saturday. Photo: Steve Hart.

The Group 2 $200,000 Expressway Stakes (1200m) field is down to just eight runners with Southern Lad (4) scratched in favour of a run in the last on the card instead.

Updated Expressway Stakes odds at Ladbrokes.com.au are firming on the James Cummings-trained Street Cry six-year-old Savatiano who is into $3.50 to post another Group 2 victory.

She’s been brought-on fitness-wise with a Randwick trial a week ago and her other most recent victory was at Caulfield last August in the Group 2 P.B. Lawrence Stakes (1400m).

No doubt she is more effective over the 1400m distance, but fresh the six furlongs should suit and she’s a brilliant first-up performer (8:5-0-1) who will relish the Soft-rated Rosehill track.

The danger occupying the second line of Expressway Stakes betting at $3.80 to kick off right where he left off is the gun Hawkes Racing-trained Written Tycoon colt Ole Kirk.

Also a winner of over $2 million in earnings from his eight start career to date, Ole Kirk was a spring revelation winning the Group 1 Golden Rose Stakes (1400m) at Rosehill before heading south to take out the Group 1 Caulfield Guineas (1600m).

Saturday will be his first official start since the Guineas success and he too performed well in a recent trial running fourth at Rosehill in mid-January ahead of his return.

Sydney’s best, Chris Waller, chases his third Expressway Stakes success saddling-up two runners this season with Kolding ($13) and Star Of The Seas ($6) both first-up in the weight-for-age event.

Ocean Park five-year-old Kolding could prove a nice value bet, the constantly underrated gelding sneaking in at double figures despite having good form at the distance and on Soft going.

His record sits just shy of $6 million in prize money and his last victories came in the Group 1 George Main Stakes (1600m) – Group 2 Hill Stakes (2000m) at Randwick in the spring.

Kolding races for the first time since his Cox Plate flop at The Valley when second last (13th) behind Sir Dragonet, but this is a far easier assignment and at this level he can surprise.

Expressway Stakes odds on his stablemate Star Of The Seas are shorter, the third elect drawn the outside alley with Sam Clipperton to ride the fellow son of Ocean Park.

A Rosehill specialist, the six-year-old has had seven runs at the track for four wins and a second and was a perennial Group 1 placegetter last prep.

In other Expressway Stakes news, the Gerald Ryan & Sterling Alexiou-trained Standout ($6.50) may not be given the chance at defending his title with connections not wanting to run him on a rain-affected track.

“If it got worse than a (soft) six he wouldn’t run,” co-trainer Ryan told the media speaking of the Brisbane Winter Racing Carnival-bound galloper.