Each October at Moonee Valley Racecourse a new champion adds its name to the list of Cox Plate winners when the Group 1 weight-for-age classic takes place as part of the Melbourne Spring Racing Carnival.

Known as the ‘race where champions are made’, the Cox Plate is run over 2040m and offers $5 million in total prize money. The current Cox Plate winners’ cheque is for a juicy $3 million.

Bet on the Next Cox Plate Winner

Betting on the next Ladbrokes Cox Plate winner will be provided for punters right here as soon as Ladbrokes.com.au have their 2021 Cox Plate odds available.

Cox Plate winners have come via a number of different lead-ups over the past 30 years, but just once since 2005 didn’t come off a Group 1 race when Adelaide (2014) won the race following an international Group 2 placing in France. The then Irish-trained galloper made history as the first Northern Hemisphere-trained Cox Plate winner.

That followed another historical Cox Plate result from 2013 when the Danny O’Brien-trained three-year-old Shamus Award became the first maiden to take out the iconic spring classic. 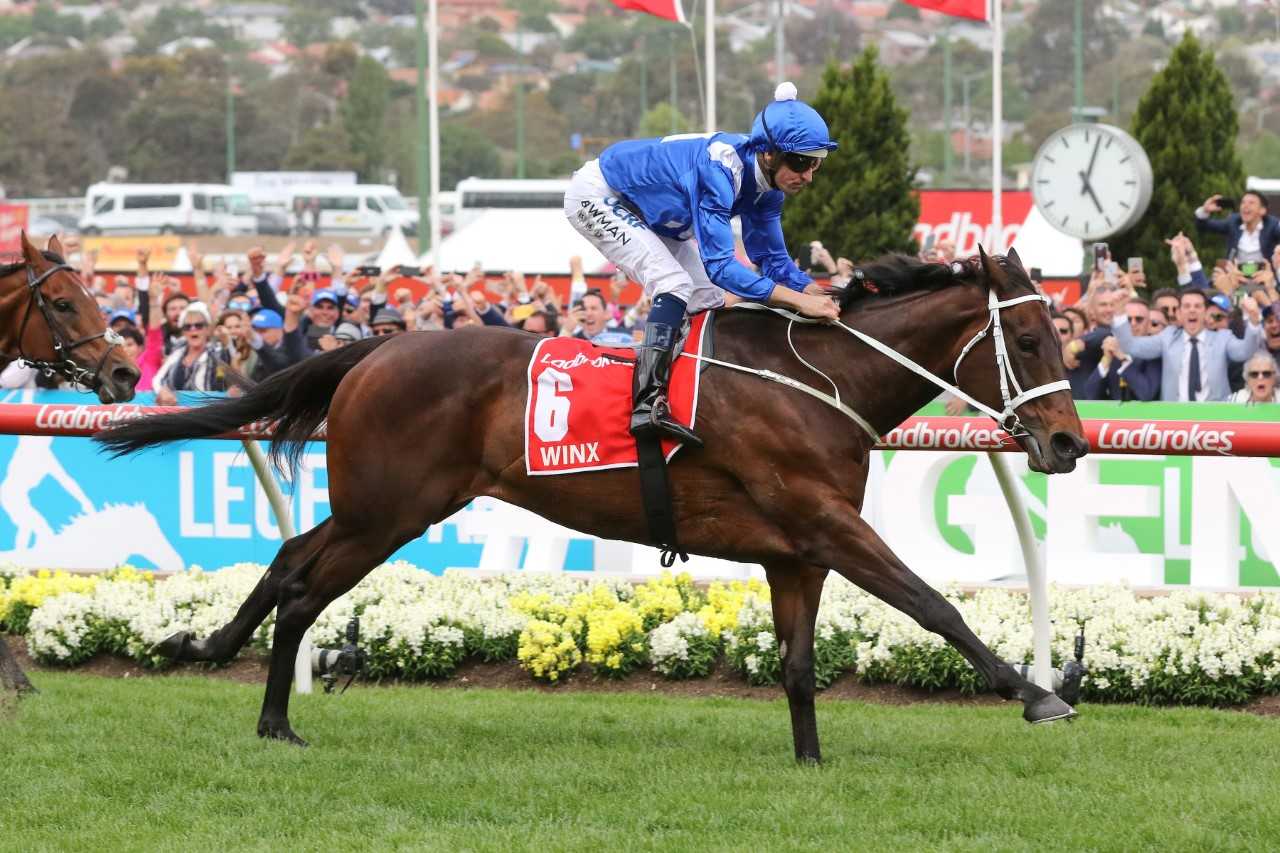 Historic four-time hero Winx is one of the most iconic Cox Plate winners in history. Photo Credit: Ultimate Racing Photos.

Winx is one of the most notable past Ladbrokes Cox Plate winners as in 2016 she took out the race for the second time by a record-breaking eight length margin. She returned as favourite in 2017 and saluted again, joining the only other triple Cox Plate winner to date Kingston Town (1980-82) and with the win also surpassed her own 2015 race record wining time. The Cox Plate result of 2018 saw Winx become the race’s only four-time champion.

In 1954 Rising Fast completed a unique triple taking out the ‘Big 3’ spring majors in a single season with wins in the Caulfield Cup, Cox Plate and Melbourne Cup.

The inaugural champion Violoncello (1922) won his next three starts that spring while the most recent Cox Plate winner was Chris Waller’s star mare Winx who went back to back in 2015-16, the first dual winning mare since Sunline.

The 2019 Cox Plate winner Lys Gracieux from Japan also made history joining Adelaide (2014) as the sole northern hemisphere-trained champions, before the 2021 success of the Joseph O’Brien-trained State Of Rest from Ireland.

The W.S. Cox Plate winners since 2000 can be found below.