The countdown to the Cup is well and truly on with fourth acceptances for the Melbourne Cup 2021 taken on Monday leaving 35 stayers including a trio of international raiders. 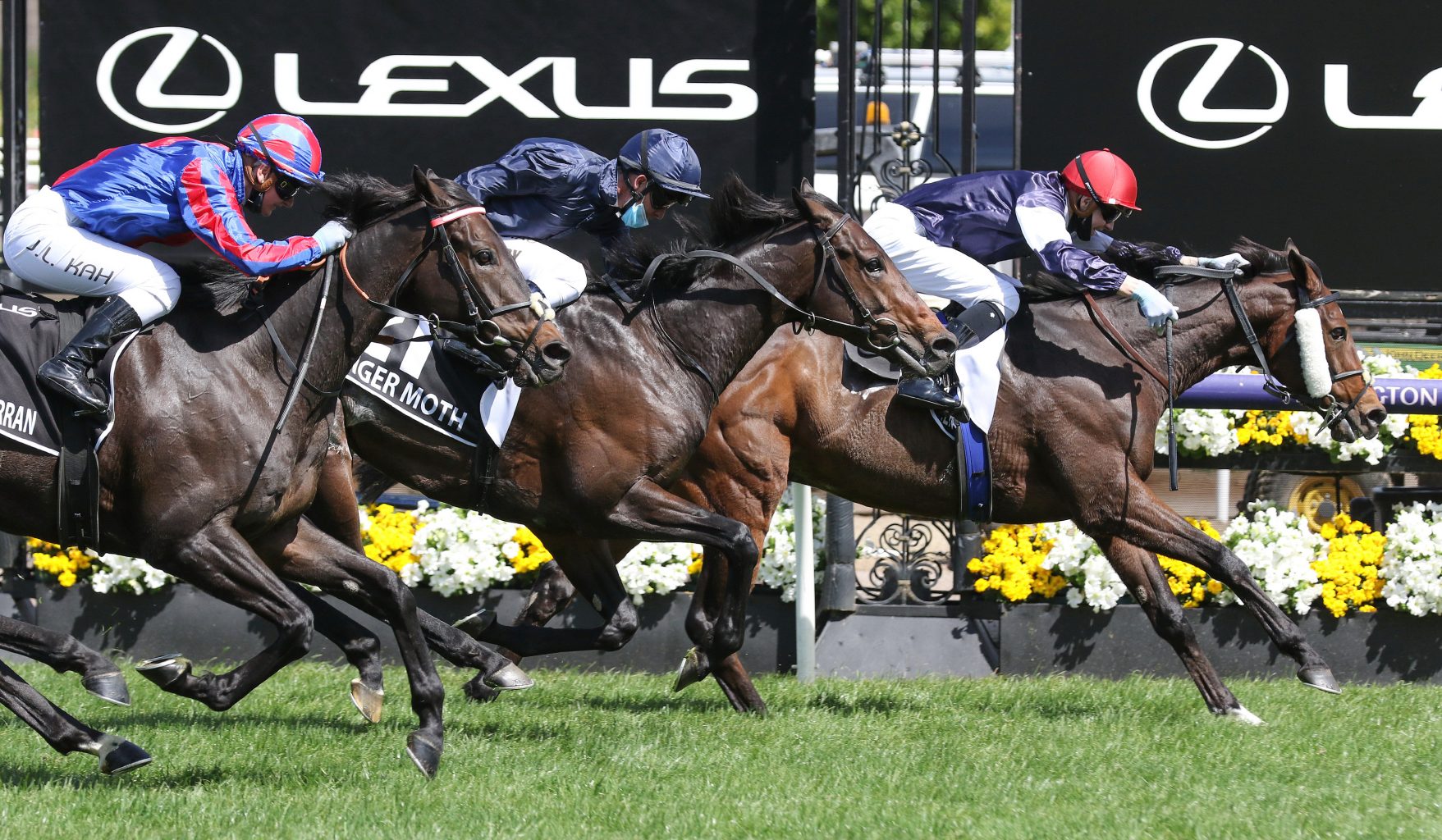 2020 Melbourne Cup winner Twilight Payment is back to defend his title as one of three likely international runners in 2021. Photo: Ultimate Racing Photos.

The Group 1 $7.75 million Lexus Melbourne Cup (3200m) will be run and won for the 161st time on Tuesday, November 2 at 3:00pm (AEDT) at Flemington and the Melbourne Cup field is beginning to take shape.

There was a change-up to the official Melbourne Cup order of entry following the official fourth declarations with Danny O’Brien confirming the withdrawal of his dual Group 1 Derby placegetter Young Werther.

Young Werther was found to have an “area of concern” following a CT scan and O’Brien, who famously won the Melbourne Cup two years ago with Vow And Declare, opted to make the early withdrawal to protect the welfare of the horse.

“Young Werther’s CT scan has highlighted an area of concern & he will not be running in the @Lexus Melb Cup. It’s disappointing news, but we fully support the RVL protocols. We are grateful that an issue has been found early & we can reset for next year,” the stable confirmed on Twitter.

Young Werther was 12th on the order of entry, paving the way for the Gai Waterhouse & Adrian Bott-trained import Sir Lucan to move up into the coveted 24th position ahead of final acceptances.

Sir Lucan’s position in the event is far from concerned however with this Saturday’s Group 3 $300,000 Lexus Hotham Stakes (2500m) offering a final ballot exemption into the ‘race that stops a nation’ three days later.

Heading the Melbourne Cup ballot and set to carry 57.5kg after receiving a 1.5kg penalty for an impressive Group 1 Caulfield Cup victory is the most talked about horse in Australian racing right now, Incentivise for Peter Moody.

The star Shamus Award five-year-old has won his past nine starts, the last three in Group 1 company, and could not have been more brilliant running away from the outside barrier (18 of 18) to dominate the Caulfield Cup over the mile and a half by three and a half lengths last start.

Updated Melbourne Cup betting markets at Ladbrokes.com.au have Incentivise as the clear $2.50 favourite and the last Melbourne Cup favourite to salute for the punters was Fiorente ($7 in 2013).

Incentivise is also likely to start the shortest-priced Melbourne Cup favourite since the mighty Phar Lap for his first in 1930.

Two of the three international horses set for this year’s Melbourne Cup are the dangers with the Andrew Balding-trained Spanish Mission ($6) and the defending champion Twilight Payment ($13) from Ireland the next best fancied.

British visitor Spanish Mission is yet to race in Australia, but the bookies are taking no chances with the American-bred Noble Mission entire who is a dour stayer with winning form up to 3600m.

The galloper won the Gorup 2 Yorkshire Cup (2787m) in mid-May before placings in the Group 1 Ascot Gold Cup (4014m) running third and the Group 2 Lonsdale Cup (3270m) narrowly beaten for second ahead of his raid on the world’s richest handicap race.

Veteran Teofilo gelding Twilight Payment will carry the 58kg top weight, but is well-tested with big weights having carted 62kg last start for a close second in the Group 1 Irish St Leger (2816m).

The Ismail Mohammed-trained Goodwood Cup runner-up Away He Goes from the UK is the third northern hemisphere raider set to run and is at current Melbourne Cup odds of $16 at Ladbrokes.com.au.

Along with Incentivise, the other best fancied of the Australian horses among the Melbourne Cup fourth acceptances is Chris Waller’s nine-time Group 1 winning mare Verry Elleegant ($13) who ran third in the Cox Plate trifecta last start.

Group 3 The Bart Cummings winner Grand Promenade for the Ciaron/Maher stable, who have a total of seven entries, is the other ballot-exempt horse for the time-honoured two-mile showdown.

Their other standout is last year’s fifth placegetter Persan who remains a chance at a second shot as does the Murray Baker & Andrew Forsman-trained 2020 fourth placegetter The Chosen One.

See below for the latest Melbourne Cup 2021 order of entry and click here for the updated all-in markets thanks to Ladbrokes.com.au.