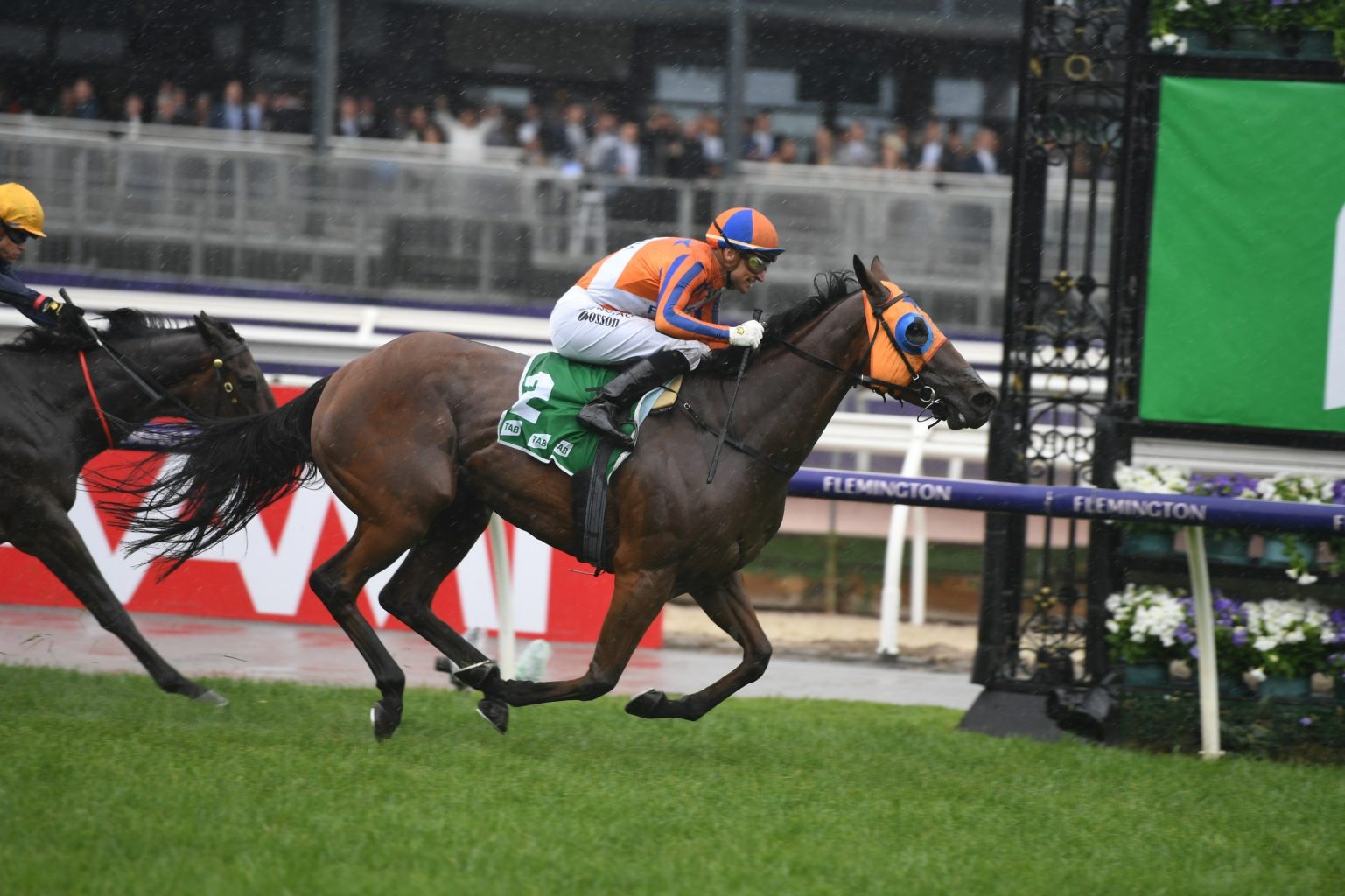 A star-studded field of 14 face off in this year’s Group 1 $1.5 million Tancred Stakes (2400m), including record-breaking Commands mare Melody Belle.

The six-year-old was last seen recording her 14th elite level win saluting in the Group 1 Bonecrusher Stakes over 2000m at Ellerslie in mid-March.

Just one of her Group 1 victories has been in Australia (the 2019 Empire Rose Stakes), but her last start here was solid when third to Arcadia Queen in the Group 1 Mackinnon Stakes (2000m) at Flemington last November.

Melody Belle has to answer a few questions taking on this field as she goes up to the mile and a half for the first time in her career, but the bookies are taking no chances.

The classy Kiwi currently pays $6.50 in the Tancred Stakes odds at Ladbrokes.com.au and is second in the markets only to the $5 top elect Sir Dragonet.

The Ciaron Maher & David Eustace-trained Cox Plate hero Sir Dragonet on the other hand has the inside alley in the Tancred.

Chasing his first victory since last year’s Cox Plate at The Valley, the import is on the quick back-up having run fourth to last year’s Tancred Stakes winner Verry Elleegant only last weekend in the Group 1 Ranvet Stakes (2000m).

It is an open edition of the weight-for-age feature with a further four runners under $10 in betting including three at $8.50.

The four-year-old Tavistock mare, winner of the Group 1 Schweppes Oaks in Adelaide as a filly, broke her winning drought last start when saluting narrowly in the Group 3 Sky High Stakes (2000m) at the track.

She looks suited to the 2400m here and having gotten her confidence back in easier company, will be ready to step back up in grade.

Another galloper on the quick back-up out of last Saturday’s Ranvet Stakes is the third-placed Angel Of Truth for Hawkes Racing.

Jumping from a favourable gate five draw with top jockey Kerrin McEvoy in the saddle, the now five-year-old is out to break a notable drought not having won since the 2019 ATC Derby two years ago.

He was eye-catching behind the two champions at big odds last Saturday and is one of the leading chances here over the 2400m now he’s starting to hit his best form again.

The other $8.50 third elect is the ultra-consistent Mark Newnham-trained Spirit Ridge drawn one wide in barrier six.

The six-year-old son of Nathaniel has run top two in his last six assignments including the Group 3 Summer Cup – Listed January Cup double over 2000m at Randwick.

He comes off the narrow second behind Toffee Tongue in the Sky High Stakes, the form of which could be franked in the Group 1 on Saturday.

The last of the single-figure hopefuls is the Tancred Stakes market mover Mirage Dancer backed in from $11 to $9 with Damien Oliver coming aboard the son of Frankel.

Winner of the Group 1 The Metropolitan over this distance at Randwick last October, the seven-year-old remains lightly raced for his age having career start number 31 on the weekend.

Third in the Sky High at double-figures last time out, he is well-suited at WFA in gate four third-up.