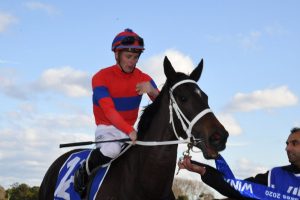 Nine runners remain in the mix for Saturday’s Group 2 $250,000 Yulong Apollo Stakes (1400m) after the early scratching off Mo’unga and premier Sydney horseman Waller saddles-up nearly half the field with four hopefuls.

Her latest run at the track and distance produced a narrow victory in the Group 1 Winx Stakes (1400m) last August and she subsequently won Melbourne’s Group 1 Turnbull Stakes (2000m) and the Group 1 Caulfield Cup (2400m).

Last time out she finished seventh, far from disgraced in the iconic Group 1 Melbourne Cup (3200m) over the two miles and she’s been brought-on fitness-wise for her return with two Rosehill trials last month.

Verry Elleegant dominates the Apollo Stakes odds at $3.50 and firming through Ladbrokes.com.au with James Mcdonald back in the saddle from a favourable barrier four draw.

The danger occupying the second line of Apollo Stakes betting at $4.80 is stablemate Kolding in gate seven with Hugh Bowman to ride.

Ocean Park five-year-old Kolding has put together his own impressive record with career earnings just shy of $6 million and also loves the Randwick track (11:5-1-0).

He took out the Group 1 George Main Stakes (1600m) over the mile here in the spring and presents fit second-up having run second fresh to Savatiano at Rosehill in the Group 2 Expressway Stakes (1200m) on January 30.

Better for that run and sure to relish a return to Randwick and the step-up to 1400m, Kolding is a genuine chance for Waller in the Apollo.

The other contenders from the stable are class mares Funstar ($4.60) and roughie hope Toffee Tongue ($41) drawn in barriers five and six respectively.

Adelaide four-year-old Funstar chases her first win since March last year, but she’s been competitive in plenty since including a Vinery Stud Stakes fourth, Queen Of The Turf Stakes second and the Epsom Handicap second all at Group 1 level.

Fellow four-year-old mare Toffee Tongue is best known for her Group 1 Schweppes Oaks win in Adelaide last May that followed her ATC Oaks second in Sydney, and has form around the top runners here including her Turnbull second to Verry Elleegant at Flemington.

In an open market, a further three horses are also under $10 to win with the John Thompson-trained Dreamforce ($6) returning in barrier two, Mugatoo ($7) for Kris Lees first-up in the outside alley and Godolphin’s resuming Golden Eagle winner Colette ($9.50) looking to go back-to-back for the Royal Blue brigade after their success with Alizee (2020).