One of the race’s named in honour of heroic four-time Cox Plate champion Winx takes place at the Sunshine Coast this Saturday with a promising field of three-year-olds engaged in the 2021 Winx Guineas. 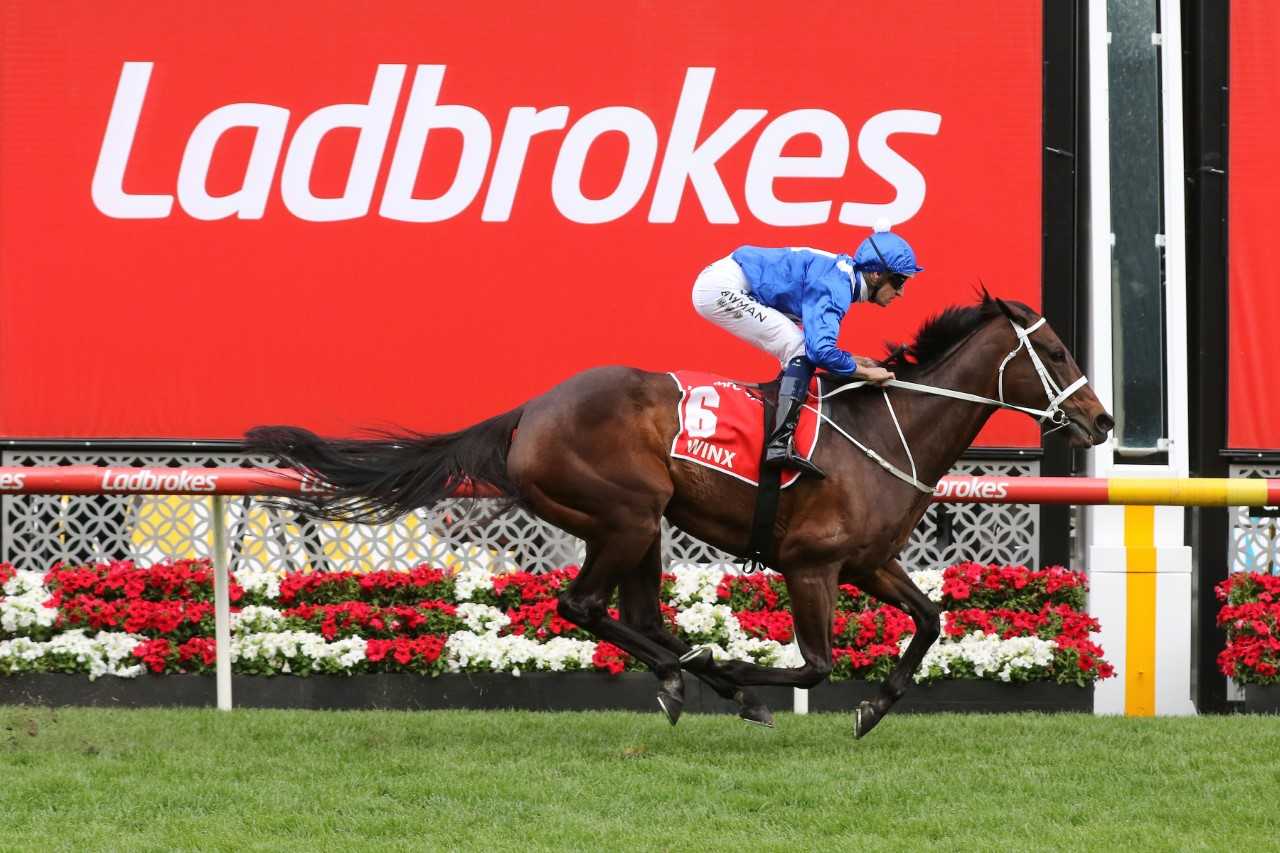 The key support race on the weekend’s Caloundra Cup Day card, the Group 3 $175,000 Winx Guineas (1600m) has drawn a final field of sixteen looking to take out the event formerly known as the Sunshine Coast Guineas and won by Winx back in 2015.

In an open market current narrow favourite in Winx Guineas betting at $5 through Ladbrokes.com.au is progressive Adelaide gelding Tamilaide who is bred to stay.

Drawn wide out in gate 13 with Brad Stewart to ride the Les Kelly-trained youngster from the Gold Coast steps out in stakes company for the first time.

He’s been good in Brisbane in the lead-up with two Doomben placings during June, the latest seeing him cross second in a Benchmark 70 over the mile on June 16th carrying 58.5kg.

Tamilaide is up in grade here but back against his own kind and looks well-weighted for a big run.

The danger occupying the second line of betting at Winx Guineas odds of $6 is the undefeated Chris Munce-trained filly Palaisipan.

Jumping from a favourable gate three draw with apprentice Justin Huxtable coming aboard, the daughter of So You Think chases a fifth win from as many starts this Saturday.

She has been saluting for the punters around Queensland with a trio of Ipswich wins and one Doomben victory in the big city on her record ahead of the Group 3 test in the Winx Guineas.

Palaisipan was last seen winning narrowly over 1350m at Ipswich with Craig Williams aboard on June 19 and there’s money for her to account for a number of the same rivals at the Sunshine Coast.

Third in that same lead-up event was the Gary Duncan-trained Scissor Kick filly Dzsenifer who returns home to the Sunshine Coast on the weekend as a $6.50 shot in gate five.

Veteran hoop Jim Bryne partners the consistent local who has winning form at the track and looks a big chance second-up after resuming in the Ipswich race as a 15/1 outsider.

She was only a half-length beaten there in her first start since an Eagle Farm second over the mile on Boxing Day and rates well here back up to the 1600m.

A further two hopefuls are under $10 for the win with the progressive Tumbler Ridge ($8) and the Tony Gollan-trained filly Glitter Strip drawn at opposite ends of the field in barriers sixteen and one respectively.

The form on the Steven O’Dea & Matthew Hoysted-trained Tumbler Ridge tracks for a win here with the horse having run fourth, first, fourth, first and most recently fourth in his last five starts.

Ryan Maloney partners the recent Eagle Farm QTIS Gold Jewel (1300m) winning Spill The Beans colt who was last seen running under a length back fourth to Palaisipan in the Ipswich race that could prove the form line to follow.

Earlier this Brisbane Winter Racing Carnival Tumbler Ridge was against a tougher field of rivals and was far from disgraced when fourth to Private Eye in the Group 2 Queensland Guineas (1600m).

The rails-drawn Glitter Strip has Ben Thompson aboard and was also last seen running fourth, the Street Boss filly a 25/1 roughie when just out of the top three behind Ayrton in Eagle Farm’s Group 3 Gunsynd Classic (1600m) on Stradbroke Day.

The Winx Guineas 2021 is set to run as race six at 3:58pm (AEST) on Saturday’s Sunshine Coast race card at Caloundra and full markets are available here courtesy of Ladbrokes.com.au.