The Todman Stakes (1200m) is a Group 2 race held at Randwick Racecourse as a Golden Slipper lead-up during the Sydney Autumn Racing Carnival. 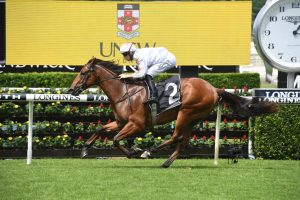 The Todman Stakes, also known as the Todman Slipper Trial, is an exciting Group 2 race held as part of the coveted Sydney Autumn Racing Carnival. Taking place on Randwick Guineas Day in early – mid March at Royal Randwick Racecourse, the Todman Stakes is a traditional lead-up to the Group 1 $3.5 million Golden Slipper (1200m) at Rosehill Gardens.

Worth $300,000 in prize money, the Todman Stakes is run over the sprint distance of 1200m and is for two-year-old colts and geldings at set weights. The Todman Stakes winner is exempt from Golden Slipper ballot and recent horses to complete the double include Vancouver (2015) and Pierro (2012).

Leading up to the Todman Stakes two-year-olds may run in the previous weekend’s Group 2 Skyline Stakes (1200m) on Chipping Norton Stakes Day, and before the Golden Slipper the following week’s Group 3 Pago Pago Stakes (1200m) at Rosehill is a nice lead-up for Todman Stakes graduates.

The Todman Stakes 2020 ran on Saturday March 7, 2020 and was easily won by the odds-on favourite Farnan.

Gai Waterhouse enjoyed her eighth success in the Todman Stakes 2020 results with her Silver Slipper Stakes winner Farnan far too good for his rivals defeating Blue Diamond champ Tagaloa by nearly two lengths on way to the iconic $3.5 million Golden Slipper later in the month.

The latest Todman Stakes 2020 odds and betting market links to Ladbrokes.com.au on the Golden Slipper Stakes lead-up race this weekend will be available below the week of the race.

The Todman Stakes field attracts the best young two-year-old colts and geldings seeking a run in the coveted Golden Slipper Stakes field in a fortnight’s time at Rosehill Gardens, and are released by Racing NSW  the Wednesday before Randwick Guineas Day.

The official 2020 Todman Stakes field and barriers will be published in full below once announced.

Update: #5 Ole Kirk (2) has been scratched in favour of a run in the Group 2 VRC Sires’ Produce Stakes at Flemington on Saturday instead as a Slipper lead-up.

The Todman Slipper Trial was inaugurated in 1973 with Imagele claiming victory in the first race. It began as a principal race run over 1200m, and although the distance has remained the same, the status of the event has increased. It was elevated to a Group 3 status in 1980 before finally being installed as a Group 2 race in 1986. The race has taken place at a number of Sydney’s racecourses over the years including Rosehill Gardens, Canterbury Park and its current home at Royal Randwick Racecourse.

The full Todman Stakes results going back to 2000 are listed in the below table.