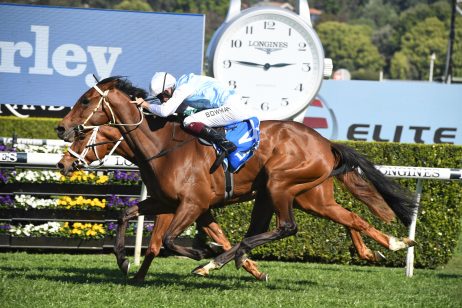 The Group 2 Stan Fox Stakes is held at the start of the Sydney Spring Racing Carnival on Spring Champion Stakes Day in mid-October. Conducted at the esteemed Royal Randwick Racecourse, it is one of the key support acts on the card headlined by the Group 1 Spring Champion Stakes (2000m) for VRC Derby hopefuls.

Named after the prolific New South Wales thoroughbred owner-breeder Stan Fox, the Stan Fox Stakes is a 1500m run for three-year-olds at set weights that is worth $250,000. It is seen as a high quality set weights event, and although it is not one of the carnival’s premier races, it still attracts a good standard of horses. Notable winners include Lonhro (2001), Kenwood Melody (1998), General Nediym (1997), Octagonal (1995) and Show County (1989).

The Stan Fox Stakes was previously held earlier in the Sydney Spring Racing Carnival and served as a good lead-up to majors including the Group 1 Golden Rose Stakes (1400m) and the Group 1 Caulfield Guineas (1600m). It now runs in Sydney on the same day Melbourne hosts the Caulfield Guineas.

The event is now a lead-up into the newly created $1 million Bondi Stakes (1600m) held a fortnight later back at Royal Randwick which the 2019 Stan Fox Stakes winner Colada went on to run third in.

The latest edition of the Stan Fox Stakes ran on Saturday October 10, 2020 and was won by the favourite Peltzer.

The season’s top Stan Fox Stakes 2020 betting odds and market links to Ladbrokes.com.au will be provided below once released.

The 2020 Stan Fox Stakes field and barriers are announced by Racing NSW on the Wednesday leading-up to Spring Champion Stakes Day and will be published in full below.

The Stan Fox Stakes 2020 field is down to just six starterss with Mamaragan (5) scratched in favour of a run in Melbourne’s Group 1 Caulfield Guineas on the same day. Peltzer, down in grade off the Group 1 Golden Rose fifth, is favourite in an open race full of value.

Nominations for the Stan Fox Stakes in 2020 are taken the Monday of race week with the early entries to be listed below.

The Stan Fox Stakes 2020 nominations have been extended until Tuesday morning with just 11 early entries led in betting by Golden Rose graduate Peltzer.

The inaugural winner of the Stan Fox Stakes was Hydahban when the event was first held as a Principal race over 1200m in 1975.

The status and distance of the race remained the same up until 1981 when the length was increased to 1400m and then in 1985 it became a Listed race. Not long after in 1989 the event gained Group 3 status before finally being installed as a Group 2 event in 1996.

The race was not held in 2007 due to the outbreak of equine influenza in Australia at the time.