The Peter Young Stakes is a Group 2 Blue Diamond Stakes Day race held at Caulfield in February as a lead-up to the Australian Cup. 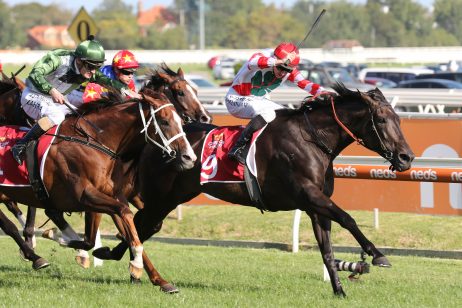 The Peter Young Stakes is a middle distance race run over 1800m under weight-for-age conditions and is worth $200,000. It is the first weight-for-age race at the carnival run over a distance greater than 1400m and so attracts a quality field of runners seeking a bit more distance.

The latest Peter Young Stakes 2021 betting odds will be provided below complete with market links to Ladbrokes.com.au the week of the race.

The Peter Young Stakes attracts a class line-up of staying types heading towards the Australian Cup field in a fortnight.

The official 2021 Peter Young Stakes field and barriers will be released below on Wednesday February 17, 2021.

The Peter Young Stakes nominations feature a host of autumn gallopers coming off lead-up runs in races like the Carlyon Cup and CF Orr Stakes and are released by Racing Victoria the Monday leading up to Blue Diamond Stakes Day.

The St George Stakes is one of the older Australian thoroughbred races having first run in 1900 when Parthian claimed victory. It began as a Principal race run over nine furlongs and continued under the same status and distance right up until 1973 when Australia adopted the metric system and converted the race distance to 1800m. Through that time there was only one year when the St George Stakes was not held, 1921.

It has been known as the Peter Young Stakes since 2012.