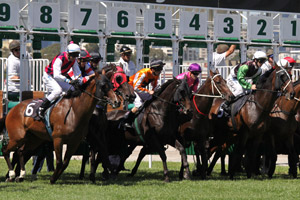 The 2010 Melbourne Cup field will guarantee an exciting race this year, as the runners looking to contend the race that stops a nation are some of the finest in the country and the world.

Throughout the spring racing season, the latest race results have kept the favourites at Luxbet constantly changing. It all makes for a more interesting 2010 Melbourne Cup field to bet on, and a broader spread of bets means better payouts for the winning group of punters.