Sydney’s best Chris Waller has dominated the Chelmsford Stakes results with five wins in the past eight years and money is coming for the master horseman to take it out again in 2020 with Mister Sea Wolf the market mover ahead of Saturday’s showdown. 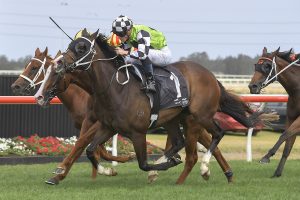 This season he looks to continue that dominance saddling-up nine of the remaining 15 runners in the Group 2 $250,000 Chelmsford Stakes (1600m) field following the early scratching of the Richard Litt-trained Cutadeel (4).

Mister Sea Wolf is the notable Chelmsford Stakes market mover ahead of race day backed in from $8 to $5.50 in the latest odds at Ladbrokes.com.au.

Jumping from barrier four with Nash Rawiller to ride, the veteran nine-year-old has head seven Randwick runs for just one third placing, but that hasn’t stopped the punters coming for him in this year’s Chelmsford.

Winner of the $1 million The Gong (1600m) at Kembla Grange last November, Mister Sea Wolf also ran third to The Bostonian in the Group 1 Canterbury Stakes (1300m) first-up in March before two disappointing runs during April at the highest level.

His resuming run at Rosehill on August 8 had him finishing fifth only two and a half lengths off the winner Eduardo in the Group 2 Missile Stakes (1200m) when finishing off well and should relish getting out over more distance second-up.

Godolphin’s multiple Group 1 champion Avilius remains top of the Chelmsford Stakes odds at $4.60 despite drawing the outside alley for his rescheduled first-up run.

The James Cummings-trained son of Pivotal was originally set to resume in the Group 1 Winx Stakes, but was scratched due to the Heavy track.

He was fourth in last year’s Winx Stakes before finishing second in the Chelmsford and winning the Group 1 George Main Stakes (1600m) and was also very competitive on the Group 1 staying circuit over the spring.

His last start produced a third to current Cox Plate favourite, first-up Winx Stakes winner Verry Elleegant in the Group 1 Tancred Stakes (2400m), and the bookies are taking no chances with him fresh over the mile on Saturday.

Sitting between Avilius and Mister Sea Wolf in the markets is the Hawkes Racing-trained $4.80 second-elect Angel Of Truth who connections have full confidence in second-up.

Tommy Berry retains the ride on the Animal Kingdom five-year-old following a first-up second only a quarter-length off the winner Man Of Peace on a Heavy (10) Randwick track over 1400m on August 15.

It’s been a long time between drinks for Angel Of Truth who hasn’t won since taking out the 2019 ATC Derby, but Berry believes the horse could be back to his best this prep.

“They say a change is as good as a holiday sometimes,” Berry told Mediality Racing this week.

“It just changes their training routine around and sometimes it can spark a little bit of life back into them.

“He is no oil painting to look at and same to ride, he’s a no-nonsense sort of horse. But the way he let down the other day really impressed me.”

Angel Of Truth is joined in the Chelmsford Stakes field by the also well-liked 2020 ATC Derby runner-up Zebrowski, the Savabeel four-year-old at $6.50 to improve on his first-up eighth in the Winx Stakes.

Click here for the latest Chelmsford Stakes 2020 betting odds thanks to Ladbrokes.com.au.