Just six spring hopefuls remain in the Missile Stakes 2020 field after scratchings decimated the line-up for the Group 2 feature at Rosehill Gardens. 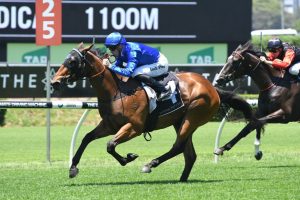 Savatiano is one the most notable scratchings from the Missile Stakes 2020 field. Photo: Steve Hart.

Seven horses have officially been withdrawn from the Group 2 $200,000 Missile Stakes (1200m) with the Rosehill track rated a Heavy (9) on race day morning.

The Godolphin-raced Savatiano, a Group 2 winner at the track in the autumn, is one of the most notable scratchings from the event that her champion stablemate Alizee (2019) won last year.

Kolding was allocated the 59kg topweight, with the new heaviest weighted horse in the mix now the fellow Waller-trained Mister Sea Wolf (57.5kg).

With both Savatiano and Cascadian out, trainer James Cummings has just one runner left in his attempt at back-to-back Missile Stakes victories with Thousand Guineas winner Flit.

Drawn the rails with James McDonald to ride, the classy daughter of Medaglia D’Oro makes her four-year-old debut and also races at Rosehill for the first time.

She’s proven on all types of going including her last start second in the Group 2 Arrowfield 3YO Sprint (1200m) at Randwick in April run on a Heavy (8).

Updated Missile Stakes odds at Ladbrokes.com.au list Flit at $3.50 in a wide-open market.

Jamie Richards’ Empire Rose Stakes winner Melody Belle, a 10-time Group 1 champion, remains top of markets at $2.80 for her spring campaign kick-off that serves as a lead-up into the Group 1 Winx Stakes (1400m) on August 22.

The Kiwi-trained daughter of Commands has had four starts on Heavy going for two wins and was also a close fourth only 1.4 lengths beaten in the Group 1 Doncaster Mile (1600m) in the mud over the autumn.

Hot on her heels occupying the second line of Missile Stakes betting at $2.90 is Joe Pride’s remaining runner, seven-year-old Eduardo.

The son of Host is another proven wet-tracker whose last start produced a July Sprint (1100m) win at the track with 58.5kg, 2.5kg more than his weight in the Missile.

Along with Mister Sea Wolf, Waller is still in with a shot at the Group 2 with the resuming Imaging ($16) to be ridden by Tommy Berry who won aboard the Gai Waterhouse-trained Sweet Idea in 2014.

The Hawkes Racing-trained Glenall, third to Eduardo only a quarter-length beaten carrying 59kg in the July Sprint, rounds out the post-scratchings line-up and shapes up as a value runner at $17. 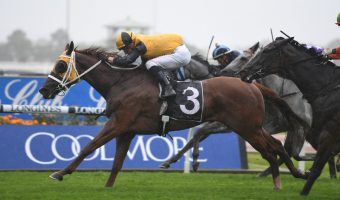