Maher To Have Crack at 2020 Melbourne Cup

Top Victorian horseman Ciaron Maher hopes there is enough time to get the stable’s recent import Mind The Crack spot-on for a shot at the Melbourne Cup 2020 this spring. 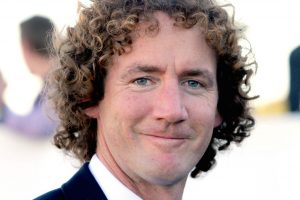 Ciaron Maher is keen to have a shot at the Spring Cups with Irish import Mind The Crack. Photo: Daniel Costello.

Maher and co-trainer David Eustace welcomed a new addition to their Melbourne team out of quarantine this week Irish-bred stayer Mind The Crack landing with the stable’s unsuccessful UK jumper Big Blue.

Formerly prepared by Mark Johnston, Mind The Crack is the one Maher has in mind for a potential shot at the iconic Group 1 $8 million Lexus Melbourne Cup (3200m) at Flemington come the first Tuesday of November.

Last year Maher & Eustace saddled-up $26 shot Southern France in the ‘race that stops a nation’ with the Irish St Leger placegetter only managing to run 19th behind the Aussie-bred champion Vow And Declare.

The team could be back in the 2020 edition of the world’s richest handicap with Maher already impressed with the highly-spruiked son of Jukebox Jury.

“Mind The Crack, he’s got a big rap on him and he seems a nice horse,” Maher told Racing.com on Monday.

“He went straight into training when he got here and we’ll just take him along steady but he’s at that handicap level where he can win a couple and you never know.

“If he had enough time to qualify (for the Spring Cups), that would be ideal.

“I think he’s definitely got the ability.”

Only lightly-raced having won two of his eight career starts, Mind The Crack hasn’t raced in the past 12 months but Maher remains confident in the horse’s ability to step-up in grade down under.

“He’s in great order that horse so it won’t take long to get him back to the mark,” he said.

“We’ll just see how he comes up whether the Cup’s an option.

“Ability-wise I think he’s got that for sure, so we’ll just see how he comes together.”

A son of the 2009 Melbourne Cup champion Shocker, the Paul Preusker-trained Surprise Baby won his way in the race a decade on from his sire’s success via a win in the Group 3 The Bart Cummings (2520m).

Kept fresh for the month between that and the famous two-mile event, the five-year-old was outstanding late in the piece finishing under a length back fifth from out wide (barrier 20 of 24) and could get the chance to atone this Melbourne Spring Racing Carnival.

Click here for the latest futures betting on the Melbourne Cup courtesy of Ladbrokes.com.au.