Newcastle’s Kris Lees will chase his maiden Grafton Cup win in 2020 launching a three-pronged assault on Thursday’s field led by the favourite and topweight Sixties Groove. 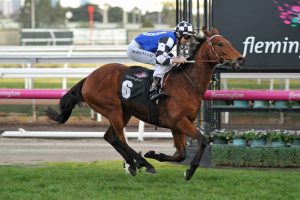 Sitting top of the 2020 Grafton Cup field and weights with 61kg is Lees’ veteran seven-year-old Sixties Groove chasing his first win since the Group 2 Brisbane Cup (2400m) in June of last year.

Sixties Groove had 60kg to the winner’s 54kg in that event and is tipped to turn the tables in the Grafton Cup leading the markets at $4 through Ladbrokes.com.au despite the hefty kilos.

Jockey Jason Collett comes aboard comes aboard for the ride from barrier 12 looking to salute for the punters.

The punters have eased up slightly on the four-year-old daughter of Frankel after she drew the outside alley (16) in the Grafton Cup barrier draw.

A dual Group 1 placegetter behind Verry Elleegant last autumn as a filly, the more mature mare should be well-suited to the extra distance on Thursday having run third in the 2019 ATC Oaks.

She does however go up two kilos in weight from her Rosehill win to 56kg so will need to be at her best to post back-to-back victories.

The Lees’ contingent is rounded out by $11 shot Big Duke in barrier five with Andrew Gibbons aboard the popular eight-year-old import who is out to atone for a 10th in the McKell Cup.

Second in the Listed Winter Cup (2400m) behind Wu Gok run in the mud on June 13, Carzoff was under a length off Frankely Awesome when third in the McKell Cup and shapes up as the danger again here.

Waller is also after his first Grafton Cup success and like Lees has three runners in Thursday’s feature with Carzoff joined by The Lord Mayor ($8) and Satono Rasen ($14) both coming off lead-up fourths.

The other stayers being kept safe by the bookies in the current Grafton Cup odds include the Michael Costa-trained Group 3 Premier’s Cup runner-up at Doomben last start La Pulga ($7.50) and Primitivo ($11) looking to return to form for trainer John Thompson.