The Kris Lees-trained dual Group 1 placegetter Frankely Awesome looked back to her best form at Rosehill Gardens on Saturday with the regally-bred mare winning the 2020 WJ McKell Cup. 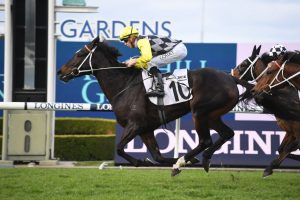 She went amiss in the Oaks however and had had just three runs since leading up to the Listed $120,000 W J McKell Cup (2000m) on Civic Stakes Day.

Jockey Jason Collett rode her first-up on June 13 at Rosehill where she did well on a Heavy track from out wide (13 of 14) to run sixth behind stablemate Attention Run.

It was her turn for Black-Type success in the WJ McKell Cup however, Frankely Awesome ($10) breaking a 644-day winning drought with her three-quarter length victory over her heavily-weighted stablemate Sixties Groove ($15).

“Huge credit to Kris and his team,” Collett said after the race.

“She did quite a long time off, her last start was outstanding really.

“Gee she travelled well (today), I was very confident at the 600 (metres).

“She was sharper today. Her runs behind Very Elleegant…it just short of shows you she’s classy when she’s going right.”

With 60kg on his back, the fellow Lees-trained Sixties Groove was brave to hold out the Chris Waller-trained Carzoff ($5) for second, the third placegetter ridden by James McDonald who was chasing his 100th metropolitan winner for the season.

Collett had Frankely Awesome positioned midfield throughout before she came with a surging late run on the home straight, really hitting her stride at the 150m to gun down Carzoff and finally get back to winning form.

“To win a stakes race with her after she looked a really handy three-year-old she went amiss in the Oaks.

“I think she’s really appreciating this soft ground over the winter.

“I’m sure that the soft ground’s helped along the way.

“It was disappointing we missed that 12 months with her.”

“She wouldn’t be spelling,” he said.

“We’ll consider a Grafton Cup but see how the weather is there and what type of track they present.” 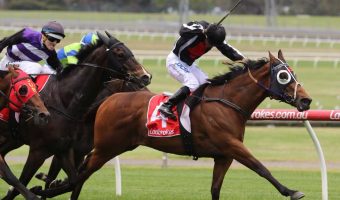 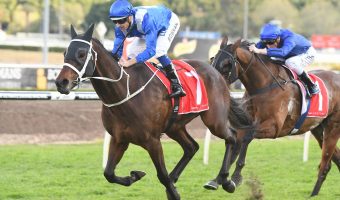