A field of potential Golden Slipper fillies will face off early on the Chipping Norton Stakes Day card this Saturday with perennial runner-up Stellar Pauline tipped to break her maiden status as favourite in 2020 Sweet Embrace Stakes betting. 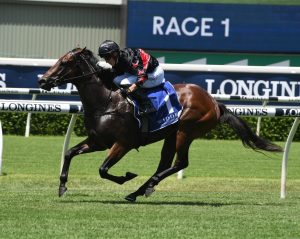 Races two and three at Randwick on the weekend offer the winners a ballot exemption into next month’s coveted Group 1 $3.5 million Golden Slipper Stakes (1200m).

The first is for the fillies with nine left in the mix to contest the Group 2 Sweet Embrace Stakes (1200m) following the early scratching of Anthony Freedman’s last-start Lonhro Plate winner Supreme Idea.

The colts and geldings then do battle in the Group 2 Skyline Stakes (1200m) one run later with Canonbury Stakes winner Prague the one to beat.

In Sweet Embrace Stakes betting at Ladbrokes.com.au there is a clear favourite in the Peter & Paul Snowden-trained Stellar Pauline, the stable chasing back-to-back wins after their success with Anaheed in 2019.

The Not A Single Doubt filly has had three career starts for three second place finishes, the latest behind Away Game in the $2 million Magic Millions 2YO Classic (1200m) at the Gold Coast on January 11.

Away Game has subsequently won the Group 3 Widden Stakes before the big run for fourth in last weekend’s Blue Diamond Stakes.

Stellar Pauline meanwhile has been kept fresh for her Golden Slipper lead-up in the Sweet Embrace Stakes, kept fit with a winning Randwick trial over 742m on February 17.

She sits top of the Sweet Embrace Stakes odds at $2.50 and firming and is drawn a treat coming into gate five with Brenton Avdulla in the saddle again.

Last year’s winning stable are represented by three fillies in the Sweet Embrace Stakes for 2020 with Stellar Pauline joined in the line-up by stablemates Tilia Rose ($7.50) and Close To Me ($21).

Tilia Rose is set to be ridden by Tommy Berry first-up from barrier three, the daughter of Written Tycoon last seen winning the Max Lees Classic (900m) at Newcastle last November, while Close To Me is down in grade after her disappointing 10th in the $1 million Golden Gift (1100m).

Outside of the favourite it is a very open edition of the Sweet Embrace with a further five fillies under $10 for the win including the aforementioned Tilia Rose and second elect Dubai Star ($5.50).

A last start winner at Gosford by two lengths Harmonium ($6.50), the widely-drawn Chris Waller-trained Frankel filly Hungry Heart ($9.50) and Bella Nipotina ($9.50) from the inside alley are the other best in betting.

Another daughter of Pride Of Dubai in the race, the Lindsay Park-trained Bella Nipotina having her fifth career start could be the value bet following her nice lead-up form.

From four runs she has produced two seconds and two fourths all in strong company.

This preparation she kicked things off with a close fourth in the Group 3 Blue Diamond Fillies Preview before her second behind Prime Star on a wet Warwick Farm track in the rescheduled Inglis Millennium.

She has a Sydney run under her belt now, was only a neck off the winner last start and gets a firmer track this weekend third-up with plenty of fitness.