It had been a long time between drinks for John Sargent’s Group 1 performed mare but on Boxing Day Luvaluva finally returned to winning form with a commanding 2019 Summer Cup victory at Randwick. 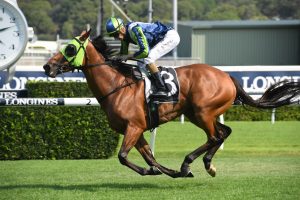 The five-year-old daughter of Mastercraftsman lined-up in this year’s Group 3 Summer Cup (2000m) winless since completing the Group 3 Kembla Grange Classic – Adrian Knox Stakes double back in the autumn of 2018.

This prep she had been thereabouts over the spring finishing close behind the winners of three earlier runs including crossing only 1.6 lengths back sixth last start in the $1 million The Gong (1600m) at Kembla Grange behind Mister Sea Wolf.

On December 14 The Gong runner-up Quackerjack franked the form out of that inaugural mile feature with his win in the Group 2 Villiers Stakes (1600m).

Then on Thursday, The Gong form further held-up over the Sydney Summer Racing Carnival with Luvaluva posting a nearly three length victory over the Chris Waller-trained Black On Gold in the Summer Cup results.

Running a close third was the Gai Waterhouse-trained Taikomochi who had a length to spare on the line over the beaten favourite Live And Free (4th).

Jockey Koby Jennings gave Luvaluva a confident and well-timed ride in the quality handicap clash where the mare relished stretching back out over the 2000m after a minor setback to hand the hoop his break though Group win.

“It’s such a relief to officially knock off a Group race,” Jennings said after the race.

“I’ve won a few races that were worth more than this but they weren’t Group races and these are the races we grow up wanting to win.

“I think anyone could have done the job on her today.

“This was her race. I felt I was the winner a long way out.

“I was swinging off her at the half mile and I didn’t have to move an inch, she just did it all on her own.

Following her eye-catching finish in The Gong, Luvaluva was originally set to travel either to Perth for the summer features at Ascot or across the Tasman for a Group 1 target in New Zealand.

A hock infection saw her stay in Sydney instead with the Summer Cup win coming as a nice reward for Sargent’s patience with the Kiwi-bred bay.

“It’s a long time since she won but she’s always been against the best horses,” Sargent told the media post-win.

“We produced her against the best three-year-olds and she won but it has taken a while since.

“It’s just been one of those years for her but hopefully those things are all behind us now and she can bounce into 2020.”

Sargent said Luvaluva was likely to head out for a spell now before returning to target the Group races in Sydney over the autumn.

“I’ll have a look and see what’s around the corner,” he said.

“That today is more like what she’s capable of.

“There’s some nice races early on in the autumn and hopefully that win today gives her some confidence and she can now go on and start to deliver what I’ve always thought she’s capable of.”