Tony Cruz’s in-form Exultant may have drawn out wide but the Hong Kong Vase 2019 odds for Sunday’s Group 1 classic at Sha Tin remain short on the flying $8.2 million earner. 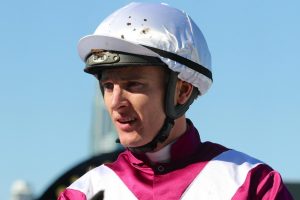 The country’s premier stayer, Teofilo five-year-old Exultant has work to do in his quest for successive victories in the $HK20 million LONGINES Hong Kong Vase (2400m) from barrier 14 of 14.

The form around Exultant over the past 12 months is outstanding with the galloper having won five of his last seven runs.

The first of those saw him defeat Japan’s Lys Gracieux in last year’s Hong Kong Vase results, all four of the International Race Day Group 1s taken out by the local hopes in 2018.

Lys Gracieux subsequently franked the form of last year’s Vase over the mile and a half, going on to take out this year’s Group 1 $5 million Ladbrokes Cox Plate (2040m) at The Valley.

The latest Hong Kong Vase odds at Ladbrokes.com.au have the reigning champion at $2.40 for the win with Australian Zac Purton aboard.

If successful, Exultant will become just the fourth Hong Kong-trained winner to take out the Vase since the race was inaugurated in 1994.

Occupying the second line of Hong Kong Vase betting is the Mikio Matsunaga-trained four-year-old filly from Japan Lucky Lilac ($6) drawn the opposite end of the field with the rails run from barrier one.

Last year’s Hong Kong Cup runner-up Deirdre ($7.50) is another star stayer from Japan lining-up in the race from a favourable barrier two draw, the bonny mare having won the Nassau Stakes during Glorious Goodwood in August.

“It proved Japanese horses could get over the difference between Japan and Europe, and it was amazing to see people in Europe, where there are the top-class horses every time, noticing that we have good quality horses.

“We would love to see Deirdre run well back in Hong Kong. It would mean we Japanese can travel around the world well. Some people used to believe one run overseas costs the horses so much that they lose their ability to run well after that.

“We like coming to Hong Kong very much, since Deirdre was great last year but a bit unfortunate at the slow pace. We believe if she has a long straight after the start, that may benefit her to run in a better tempo than at 2,000 meters, so we confirmed to go to the Hong Kong Vase.”

Punters will also be familiar with Hong Kong Vase hopeful, the Charlie Fellowes-trained Prince Of Arran ($12) in barrier eight with Michael Walker aboard, runner-up in this spring’s Group 1 $8 million Lexus Melbourne Cup (3200m) at Flemington.

Another a winner over the Melbourne Cup Carnival down under running in Sunday’s Hong Kong Vase field is the VRC Queen Elizabeth Stakes champ True Self ($10), William Mullins’ Irish-trained mare to be ridden by Kerrin McEvoy from barrier six.

Ireland’s leading horseman Aidan O’Brien is dually represented in the Hong Kong Vase field for 2019 saddling up Anthony Van Dyck ($7.50) and Mount Everest ($34) who drew the two other widest alleys in gates 12 and 13 respectively.

Click here for the latest odds on the Hong Kong Vase 2019 courtesy of Ladbrokes.com.au.