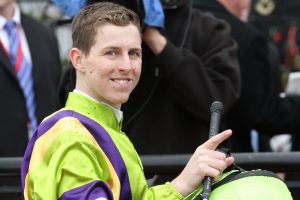 Currently it is Silk Racing’s Indy Champ on top of the Hong Kong Mile odds at Ladbrokes.com.au, the four-year-old Stay Gold stallion to be ridden by Damian Lane from a gun barrier three draw.

Indy Champ has won five of his past seven starts including a last start victory in Japan’s Mile Championship.

Hong Kong’s two-time reigning Horse of The Year was on fire recently winning 10 straight races including the latest two editions of the Hong Kong Mile before things went amiss.

He comes into the race on the back of successive losses including a third last time out in the Hong Kong Jockey Club Mile.

The stable will now be hoping Beauty Generation can bounce back and add a record-equalling third Hong Kong Mile win to the record to join Good Ba Ba (2007-09) as the race’s only other three-time champion.

“Zac said don’t worry about that run, he’ll come back,” Moore told the media this week.

“He said we just need to tweak something to make sure on the big day that he’ll kick. We just need to find out what, because he’s not finding that usual kick.”

John Size saddles up the other best in what is an open Hong Kong Mile betting market with the Hong Kong Jockey Club Mile winner Waikuku ($4.40) in the outside alley (10) for Brazilian hoop Joao Moreira.

Despite having beaten the best last start, Size remains wary of a return-to-form from Beauty Generation as his runner steps-up to Group 1 grade on Sunday.

“Beauty Generation will still have his fans and he’s going to run under different circumstances on the big day, so I think he’ll probably hold his place,” Size told The New York Times.

“He’ll be the horse to beat again.”