Winx and 9 others make up 2019 Chipping Norton Stakes nominations

The world’s number one rated race horse Winx plus nine other gallopers make up the nominations for the 2019 Group 1 $600,000 Chipping Norton Stakes (1600m) at Randwick Saturday.

Winx, above, is one of ten horses nominated for the 2019 Chipping Norton Stakes at Randwick. Photo by Steve Hart.

Winx is chasing her thirty-first straight win and her fourth consecutive win in the weight for age Chipping Norton Stakes and trainer Chris Waller can’t fault the way the super mare has come through her first up win in the Group 2 $250,000 The Star Apollo Stakes (1400m) at Randwick on February 16.

“She has come through her race really well and I can’t fault her,” Waller told Racing New South Wales News Desk.

“She had a gallop on Saturday morning and worked well within herself, hit the line strongly, and what you see is what you get, she’s just a class act.”

Happy Clapper finished a notable second to Winx in the Apollo Stakes, the fourth time the multiple Group 1 winner has been placed behind the might mare, and Webster is content in the knowledge that his veteran galloper is likely to fill the runner’s stall again in the Chipping Norton Stakes.

“He came through the Apollo Stakes well and hopefully he can run second to Winx again. He can’t beat her on what she showed in the Apollo,” Webster told AAP.

“If he runs second he is on target for other races including the All-Star Mile.”

Happy Clapper’s main Autumn Carnival assignment will be the $5m All-Star Mile (1600m) at Flemington on March 16 after being named as the first wildcard entry for the new concept race.

Winx won the Apollo Stakes at the very short odds of $1.10 and is at that same quote for the Chipping Norton Stakes at Ladbrokes.com.au, way ahead of Happy Clapper who is on the second line of betting at $12. 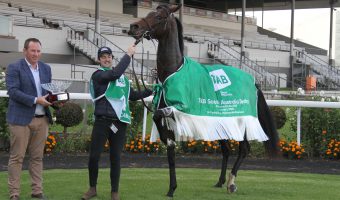 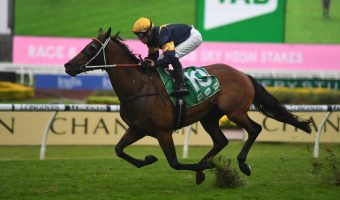 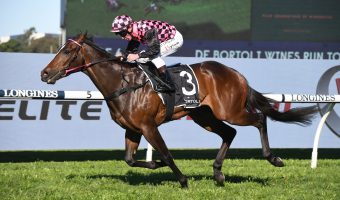