The final Group 2 race of the year gets underway from Ascot on Saturday as a strong field of nine gets set to contest the Group 2 $400,000 Ted Van Heemst Stakes (2100m).

Perth’s leading jockey William Pike will be the man to watch aboard Group 1 Railway Stakes (1600m) winner Galaxy Star. The pair drew gate 7 during Wednesday’s barrier draw, and have opened as the early $1.70 favourite with Ladbrokes.com.au. 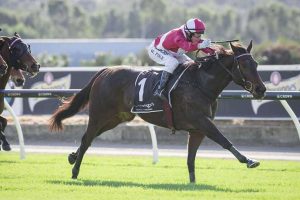 Pike, who has ridden 10 winners at Ascot during the month of December, has been a punters pal so far this Summer.

Likewise, the Ted Van Heemst Stakes has proven a strong hunting ground for the champion jockey having won the race three times over the last five years.

Alongside Galaxy Star this weekend will be the ever-improving Material Man, who is now third-up following a second placing in the Group 1 Kingston Town Cup (1800m) a fortnight ago on the same track.

The seven-year old veteran has drawn the inside gate ahead of Saturday’s race, and opens as the $4.00 second-elect in the market.

For Pike, this will likely be his last feature race before January’s $10 million Magic Millions on the Gold Coast.

The 32-year-old has been heavily scouted by Queensland based syndicate 2K Thoroughbreds, who hope Pike will ride Champagne Jet in the 2YO Classic (1200m) and Unconditional in the 3YO Guineas – both of which could pool a combined $4 mil in prize-money.

“He’d be a good chance of riding there with a meeting at Pinjarra on the same day,” Pike’s manager Dale Verhagen told The West.com.au.

“The only issue could be they wanted someone to ride on January 5 too because one of them (Unconditional) isn’t guaranteed a start yet.

“We’re pretty keen to do some riding for those owners.”

Full Ted Van Heemst Stakes Odds can be seen below.