Racing Victoria announced on Monday a new Weight for Age race will be added to the 2019 Autumn Racing Carnival held at Flemington.

Set to run on March 16, the newly named All-Star Mile has a unique feature unlike any other race in Australia: the field for the $5 million feature will be decided entirely by the public.

The prize money alone is enough to draw interest from the countries leading trainers, which could potentially include Chris Waller and mighty mare Winx. 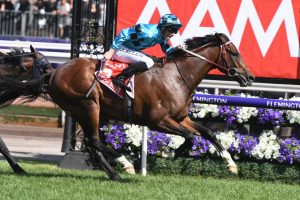 Of course, it wouldn’t be a Group 1 race without leading Victorian trainer Darren Weir, who seems to already have a few runners in mind, including Saturday’s Sandown Guineas winner, Ringerdingding.

“It sort of fits in well with maybe a horse like Ringerdingding who can sort of run in the Australian Guineas, and a fortnight later this race is on” Weir told RSN on Monday.

The Group 1 Australian Cup held the week prior will likely rule out horses looking to back up in the All-Star Mile, but Weir thinks the $500 nomination fee, which will also be donated to charity, could see him with multiple runners in the 14 horse field.

“He’ll go on an Australian Guineas path, he’s not a slow horse, he’s actually got a brilliance about him, he can stay a bit as well which showed in the Derby” Weir said on Extra Brut’s future plans.

“From there, I don’t know which way he’ll go, but you’d have to put a bit of thought into a race like this with that kind of prize money.”

The Australian Guineas, which is set to run on March 2, figures as the perfect lead up for Extra Brut at the distance. Alongside the three-year old, Weir seems adamant Amphitrite will will be there in March.

“Horses like Amphitrite, they’ll definitely be going down that path” Weir went on to say.