Black Caviar’s next race will be in Adelaide

Black Caviar’s next race, and attempt at a record-breaking 20th win, will be at Morphettville racecourse in Adelaide. 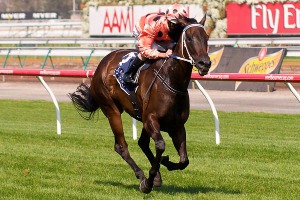 The exact next race for Black Caviar is still undecided however, as trainer Peter Moody has revealed that while she will be nominated for the Group 1 Robert Sangster Stakes on Saturday April 28, she may instead be targeted at the Group 1 The Goodwood on Saturday May 12. Both races are over 1200m at Morphettville racecourse.

The news means that Black Caviar will not travel to Brisbane to defend the BTC Cup, which was the other race option for the Moody team.

The SAJC negotiating team, headed by Chief Executive Brenton Wilkinson, are understandably excited by the news.

“This is the news we’ve been waiting for and we couldn’t be more ecstatic,” Brenton Wilkinson said.

“Adelaide hosted Phar Lap and Tulloch, who were the greatest horses of their time and it’s appropriate we should get to see the best horse of this generation.”

While it is disappointing news for Brisbane and the BRC, it is great news for Australian racing fans with Black Caviar set to attempt her 20th win on home soil before leaving for Royal Ascot on her first international campaign.